Grace Dent: “The best part of Christmas dinner is when everyone’s gone to bed” 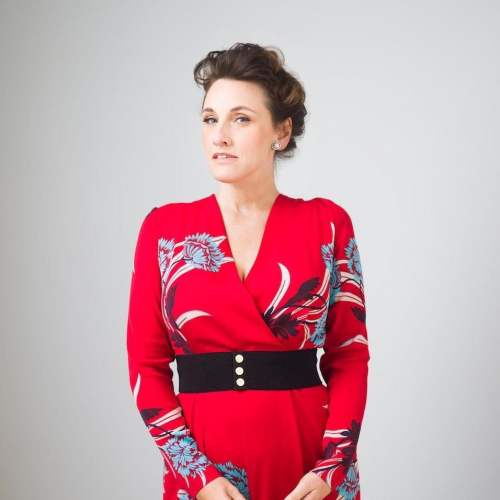 ​If you’re fretting about managing the logistics of Christmas this year – how to dovetail the necessary precautions for a global pandemic with the obligatory festive rituals your family runs on – you’re not alone. For Grace Dent, journalist, spadecalling restaurant critic and author of a brilliant new memoir, the struggle is real. “When it comes to Christmas and food, the prep and the run up is the fundamental part of the British experience,” she tells me down the line from a sun-drenched balcony in Greece where she’s holed up as long as work commitments allow.

“That’s the saddest thing about where we are right now; all that stuff will be taken away. We always go on about Christmas dinner but it’s not about sitting at that table. It’s about seven weeks in advance when you ring your sister-in-law to say ‘Do we have to have turkey this year?’ and then the fight starts.”

LIEBFRAUMILCH & MATCHMAKERS
In her new book, Hungry (£16.99, Mudlark), Grace relives a lifetime of eating experiences that add up to her no-bullshit attitude to feeding and being fed. “There’s all these secret rituals that we don’t actually realise,” she says. “[In the past] I have thrown loads of money at Christmas, and eaten at places like The Connaught…and although it’s lovely and privileged, I’m never as happy as when I’m doing it myself. Christmas needs to be small and homespun and a bit crap. It’s in the anxiety, the adrenaline of trying to keep six pans hot on a stove. Trying to find bread sauce at 4pm on Christmas Eve, even though no one likes bread sauce. And for years was in my dad lugging a defrosting a turkey around the house trying to find a place to put it where the cat wouldn’t sleep on it. Christmas is in the crapness.”

If you’ve never tried to Repair Shop a robin made from a loo-roll tube, or use wodges of marzipan to compensate for the slant
on your fruit cake, you may struggle to agree. For the rest of us, Grace’s experiences are all too familiar. “My mother is obsessed with the WHOOPS! sticker gun in Asda,” she laughs. “She’s been obsessed with it since 1987, because she can get these amazing bargains, and at Christmas she really gets the bit between her teeth.” She lays extra croak on her Cumbrian accent. “‘We have to go on Christmas Eve’.” Dent creases up at her mother’s reverence for the fluorescent-lit aisles. “Like this is our church, this is our nativity! She’s in her mid 80s now and still wants to go. ‘Mum, we’re a small family; we don’t need four metres of reduced stollen!’”

KP NUTS & MALIBU
We can laugh, but when it comes to stuffing the house with the requisite luxuries, all bets are off this year. Our instincts for stockpiling and prepping have been sharpened by genuine shortages, and a clearer understanding of how supermarkets’ ‘just-in time’ food chains might impact on our ability to source potatoes, let alone whatever Heston Blumenthal has in mind for us. Fortunately, Grace’s needs are simpler. “In my house every year we buy a tin of Quality Street because we always had it when we were kids, right? And we – me, my mother and brother – sit around and first we slag off the fact the tin’s got smaller, then we slag off whoever took all the green triangles, and then we tell the story of the year my brother broke into the tin before Christmas Day. That happened in 1978; we have told that story every single year since.”

The frosty-foiled triangles are just one of the Christmas treats that loom large in Dent family mythology. It’s oddly hurtful to Grace that Nestlé now plays fast and loose with the rules, allowing them to be sold all year around. In fact, like many of us, she finds Christmas bittersweet. Her book documents the slow loss of her father to dementia, and the family’s struggles to carry on. For her, as for many of us, Christmas means nostalgia and decadence whipped together with shifting family dynamics and the cruel march of time. “That’s why Christmas is probably so poignant,” she says.

“First you’re child, being a nuisance hanging around people’s knees asking for a job to do. Then you’re a teen being prodded to help and getting furious if you’re asked to lay the table. Then you’re coming home and helping a bit, but your mum and dad are still in charge. And then it’s you. Suddenly everyone moves up a stage – your parents can’t quite do it any more. They can’t wait at 6am in M&S carpark to get the luxury coleslaw that means Christmas to your family. Before you know it, it’s you that’s running round making everyone cups of tea.”

THE JOY OF PAXO

If you, dear reader, are now designated cook, you may have a daunting amount of graft ahead. But it’s the trying that makes the days around Christmas feel so special. Much as
we’re encouraged to nonchalantly toss a few chestnuts through our sprouts with a bottle of bubbly on the go, we all know 4am sweats about fridge capacity are our birth right. That and an unhealthy amount of the treats you wouldn’t think of consuming in such amounts the other 364 days of the year. Cream sherry. Trifle. Full-sugar Coke.

“If a house has plentiful, on-view sweet things it feels like Christmas,” is Grace’s advice to anyone hosting this year. “You can go a long way by buying some really nice stollen and a good Christmas cake. To my family joy is three or four kinds of pudding, so that’s where I’d go big. In this day and age, when people are trying not to eat sugar it makes everyone feel Christmassy. There has to be too much.”

She also advises against having your special day head turned by someone else’s idea of fun. “Although there’s nothing lovelier than the Christmas carol service at Claridge’s,” she says, “drinking Champagne by their designer tree…to me that’s nice to do on November 12th. At Christmas I like to be wearing cheap co-ordinating pyjamas as part of my 11-year-old niece’s Santa squad. You’ve bought food, then you’ve bought more food, then you’re crammed it around the house. You can’t open the fridge – it’s like Jenga! Everything’s falling out.”

And when the crossing of sprouts, the warming of serving dishes and consolidating of left overs is done, the rest of the day will be all yours. “The best part of Christmas dinner is when everyone’s gone to bed, you pour yourself a large glass of port and warm up some roast potatoes in the microwave with a large slice of Paxo stuffing,” says Grace. “Maybe get the piece of Christmas cake from the end with the extra bit of marzipan on it. You think ‘I’ve pulled it off – I’ve done it’. Unless you’re one of those maniacs that has 40 people over for a Boxing Day buffet. In which case I can’t help you.”