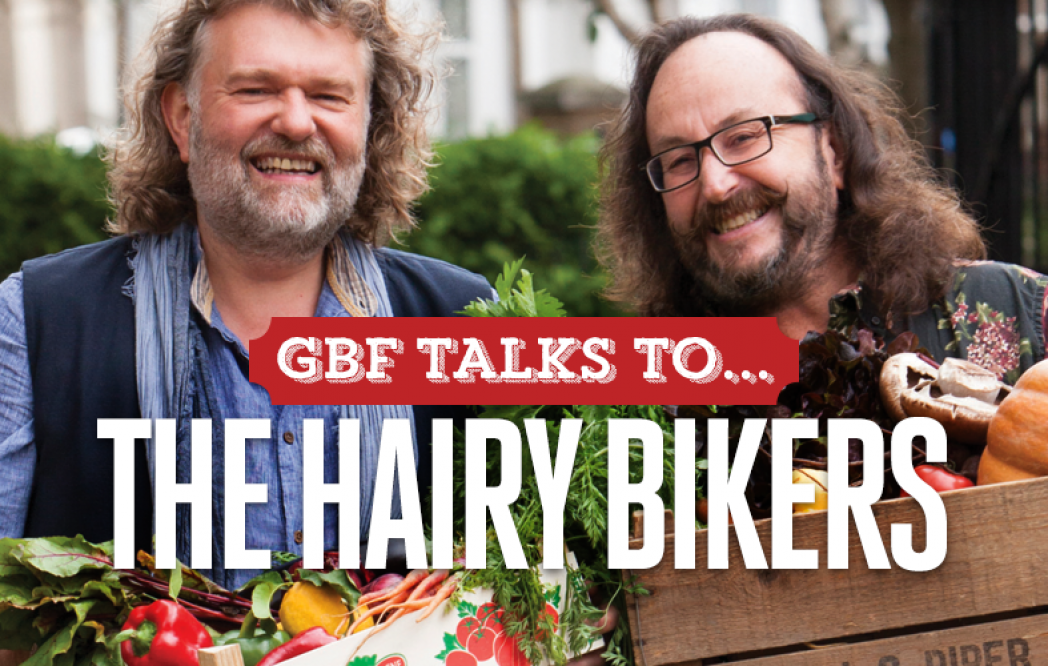 The Hairy Bikers tell us about the food they love

The big-hearted treasures of the food world tell us what inspires them, and  reveal their favourite things about British cookery

When did you learn to cook?

Dave: We’ve both cooked since we were kids and learnt in totally different ways. I was a child carer looking after my mum, so I had to take on the family’s cooking and I found that part really good fun – I just wasn’t too keen on doing all of the family shopping when I was 12!

Si: I’m the youngest of three and my dad was incredibly well travelled, so he used to bring all sorts of exotic stuff home. I was quite well versed in diverse food from an early age and we cooked dishes which were far from your typical dinner in North East England.

What currently excites you about British food?

Dave: We love people’s enthusiasm for food. We’re allowed to make television programmes about it, which is always a good indicator of people’s growing interest. Britain has embraced the food culture so much over the past 20 years that it’s practically unrecognisable. This is a fantastic time – I think we’re in the midst of a food renaissance.

Si: There aren’t many countries where in most provincial cities outside of the capital you can eat your way around the world. That’s down to Britain being a multicultural society. We embrace other cultures’ cuisines and haven’t got the same attitude as some parts of France or Italy where they think there’s only one way to do things. We’re far more enthusiastic to make slight tweaks and changes to classic recipes than most countries – I’m very proud to be a part of that culture in the UK.

Best destination in the UK for food?

Dave: Where I live in Cumbria is definitely up there with the best of them. The Lake District Farmers Company supplies meat to over 60% of the UK’s Michelin-starred restaurants and the delicious Herdwick and Salt Marsh lamb is available all year round. Cumbria’s food heritage runs back to Georgian times, when we had the spice route. The spices would come in from Workington and Whitehaven and that’s why we have perfect Cumberland sausages!

Si: I’m obviously going to say Northumberland and the north east! The fish up there is superb and we send loads of it down to London. It’s all about the shoulder area of England; Cumbria, Hexham and Northumberland. We have the absolute lot.

How do you go about developing recipes as a duo?

Dave: When you’re cooking recipes with each other you have this mutual tornado of enthusiasm. We’ve always enjoyed cooking together and over the years we’ve learnt in parallel, so neither one of us has gone off and learnt more than the other. If there’s something I’m good at I’ll take it on and work it up and liaise with Si or vice versa. I probably do a bit more baking, but he’s really great at the application of fire to sticks!

Si: We’ve been cooking together for so long now that it’s just a really comfortable, creative process. We have a responsibility to the people who buy our cookbooks and we make sure the recipes are the best they can possibly be.