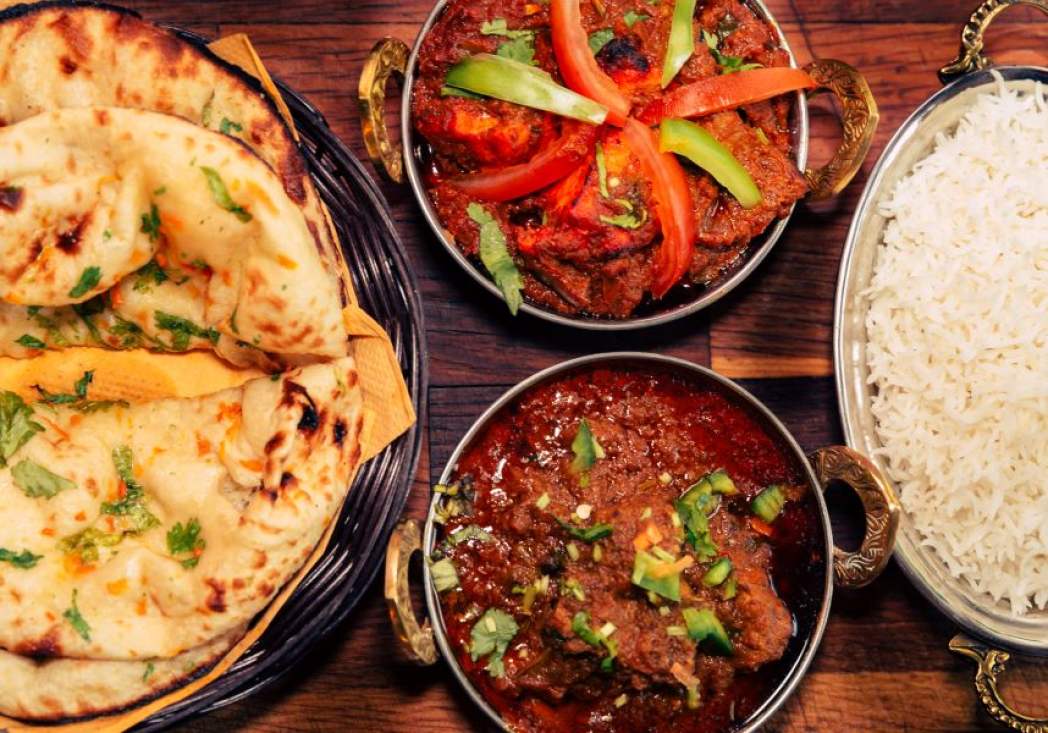 A Spicy History of the British Curry House

We explore the UK’s love affair with Indian food, which has lasted for over 300 years

English food has a reputation for being rather bland (although we know that’s not true). But in fact, the British are no strangers to spice. From the 17th century, men who went abroad with the East India trading company came back with a taste for Indian food.

The first curry recipe was published in 1747, in Hannah Glasse’s The Art of Cookery, and consisted of poached chicken served in a cream, turmeric, pepper and ginger sauce.

From 1858 to 1947, India was ruled by Britain – a time period known as the Raj. During this period, a distinct Anglo-Indian cuisine emerged, which consisted of English dishes reinterpreted by Indian cooks, or Indian dishes toned down to suit Indian palates. Some of these dishes are still eaten in Britain today, including kedgeree and mulligatawny soup.

The Rise of the British Curry House

Although the first British Indian was opened in 1810 – it was called the Hindoostanee Coffee House and the proprietor was Sake Dean Mahomed (who, incidentally, also brought the concept of shampooing to the UK) – it wasn’t until the 1970s they became common across the country.

“In the 1970s, there were lots of Bangladeshi immigrants who came to the UK and set up restaurants,” Aktar Islam, Head Chef of Opheem, explains. His father, he says, was one of them.

“During this period, Indian food in the UK went through a phase of stagnation,” Aktar explains.

“Their goal was to commercialise the process of Indian cooking, so they’d make one sauce – like a “mother sauce”, if you will – and then use it as a base to make all the dishes, adding cream for korma, and extra spice for vindaloo. That’s why, if you go to certain restaurants, everything tastes a little bit the same,” he says.

“We really managed to cook the complexity out of it. These dishes don’t give any indication of the versatility and diversity of Indian cuisine, which varies so much according to the region and the ingredients that are available there.”

The Bangladeshi restaurants cooked dishes from all around India, but they didn’t have the resources to visit many of the places that they visited, so the dishes were more creations of the imagination.

“There’s a parsi dish called dhansak, which is a delicious braised mutton stock with vegetables and different pulses. But in the UK it’s made with lemon juice, tomato puree and tinned pineapple!” Aktar says.

Although we might be very fond of these British curry house classics, they don’t bear much resemblance to their Indian counterparts.

For example, ‘vindaloo’ as we know it doesn’t exist in India. The closest dish is a Goan delicacy, vindalho, a pork stew made with feni (palm wine), vinegar, palm sugar and whole spices. This, in turn, is an adaptation of the Portuguese dish “carne de vinha d’alhos”, a pork, wine and garlic dish.

These days, however, Indian cuisine has undergone a bit of a renaissance in the UK.

Dishoom – which recently opened its eighth restaurant – cooks food with a nostalgic nod towards the food of Bombay, from its home-cooked meals to its street food vendors. The restaurants’ interiors are modelled on Bombay’s Irani cafes, opened by Parsi immigrants in the nineteenth century.

“The Irani cafes, opened by outsiders, simply could not hold any such biases. They quietly subverted the rules by welcoming all comers,” he adds.

The cafes served food for everyone, including akuri (a Parsi scrambled egg dish) and dhansak, alongside milky chai with bun maska (bread and butter) and interpretations of British dishes.

“We take the best of British produce, including heritage vegetables, and use them in regional Indian dishes, but with a molecular gastronomy twist,” he explains.

“In other words, we’ve taken a street food dish and elevated it into a celebration of the potato,” Aktar says. “We love working with British produce, while at the same time highlighting the diversity of Indian cuisine.”