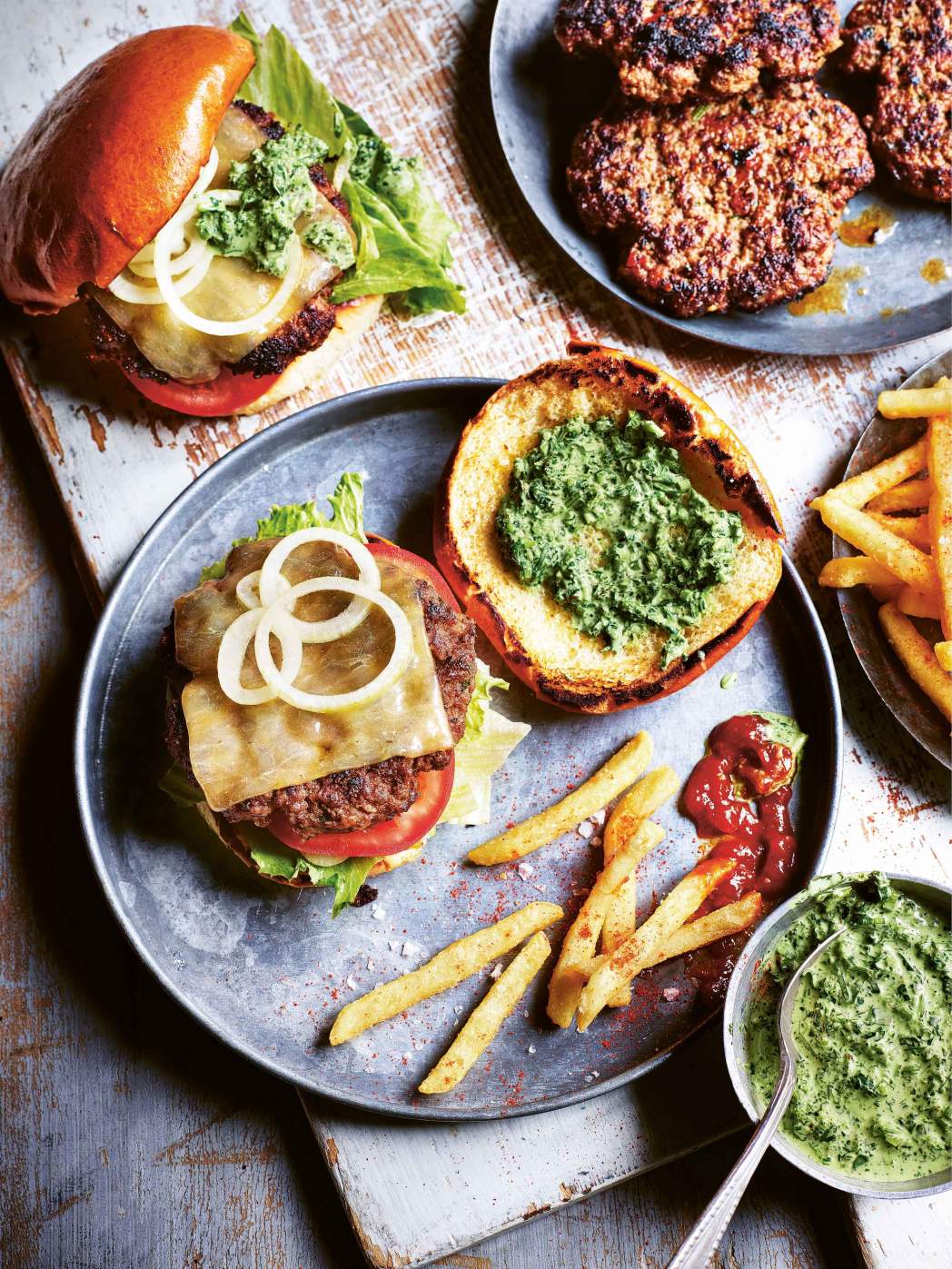 Taking inspiration from the street cooking styles of the Indian subcontinent and beyond, Dan Toombs – AKA The Curry Guy – adds flavour and spice to some classic barbecue dishes

“Nowadays, it’s easy to forget that in the not-so-distant past, all cooking was done either over fire outdoors or with a wood- fuelled oven indoors. I mention this because everything you can cook inside in a modern kitchen can be cooked outside, too.

Cooking outdoors with wood or charcoal can be a lot of fun and personally I think the food tastes better as well. That’s right… curries, tandoori recipes and even fried and steamed foods taste better when cooked over a live fire, just as they are all over the Indian subcontinent and at restaurants and food stalls here in the West” - Dan Toombs 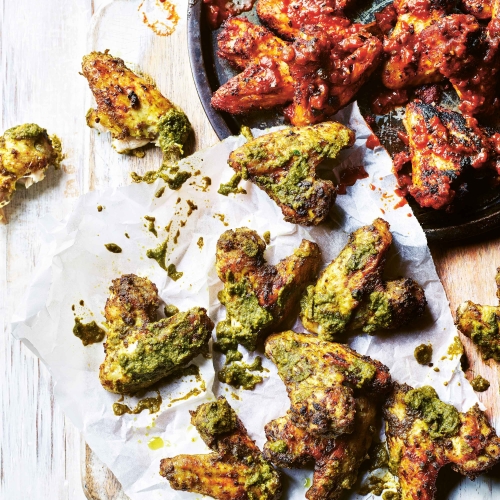 Chicken wings are marinated in a spicy and tangy sauce then grilled until charred and crispy. The sauce is also brilliantly versatile - try it as a marinade for fish, seafood or veg too. 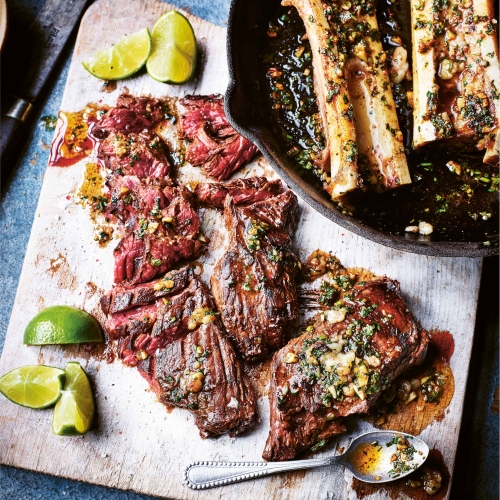 Hanger steak – so called because it hangs near the diaphragm of the cow – is becoming increasingly popular these days. The muscle cut isn’t used by the animal so it’s tender like fillet but with more flavour 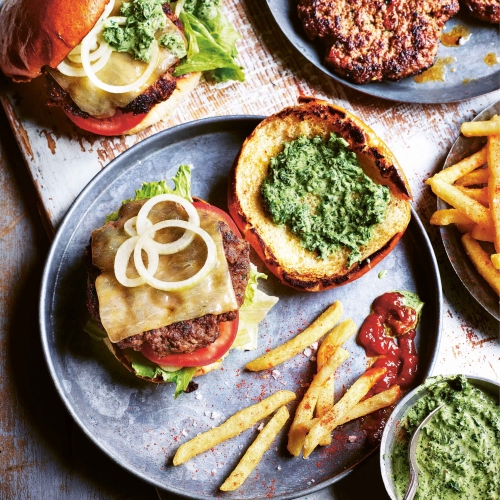 “This is a play on the famous beef chapli kebab, which is hugely popular in Pakistan and northern India. Classic beef chapli kebabs are formed into large patties and then deep-fried in beef fat until crispy but here I decided to skip the deep-frying and make smash burgers with the delicious meat mixture instead” - Dan Toombs