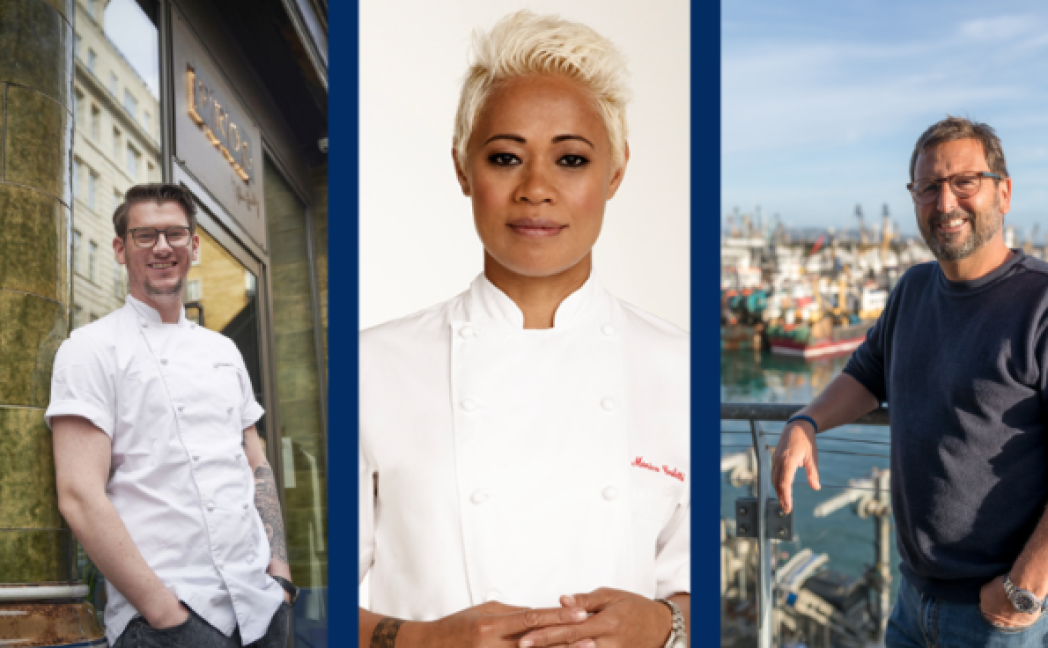 Three of our wonderful Great British Food Award judges have won a National Restaurant Award! Launched in 2007, these annual awards reveal the 100 best restaurants in the UK, as voted for by a roster of chefs, restaurateurs and food writers.

Monica Galetti scooped the 9th spot for Mere, which draws both on her classical French cookery training and her Samoan and New Zealand heritage. Judges praised Mere’s ‘confident and considered style’, the enticing menu and the fact that the six-course tasting menu is priced under £90, which is incredibly competitive considering Monica’s pedigree. We’re privileged to have her judging our ‘Hard Cheese’ category in the Great British Food Awards!

Coming in at number 26th is Frog by Adam Handling, which showcases creative British dishes with international influences. According to the judges, ‘presentation ranges from elegant to more theatrical’, with the dishes themselves being described as ‘devilishly delicious’! Adam is judging our Charcuterie’, ‘Chocolate Products’ and ‘Flavoured Gin’ categories this year.

Coming in at 52 is Mitch Tonks’ The Seahorse, which is the highest ranked restaurant in Devon. “The Seahorse is the embodiment of Tonks, a man whose love of food and hospitality knows no bounds. A keen fisherman, passionate food lover (as well as the brandy) and impeccable host, Tonks has established a restaurant that is beloved of people in the West Country and beyond,” the judges explain. As well as being a judge for The Great British Food Awards – the ‘Fish & Seafood’ and ‘Gin’ categories – Mitch is also a columnist for our magazine.

To find out more about the Great British Food Awards, visit our awards FAQ page.