Ever wondered what top chefs are cooking up for their Christmas Dinner? If they’ll be roasting a turkey like you or making something more exciting? We spoke to some of them to find out! 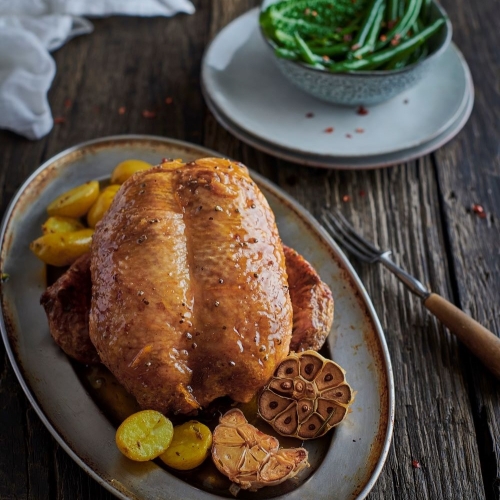 “I’ll be cooking a roast duck, cooked on a tray over some potatoes so the fat drips in. I’ll make the gravy from the legs and serve with chestnut stuffing (with some grated apple to keep it moist), creamed greens with nutmeg & black pepper, root vegetables baked with salted butter and some pickled quince. For dessert, probably a trifle. I’ll make as much as possible the day before for an easy life on the day. “

“Coming from a sheep farm, turkey isn’t a common meat on Christmas Day. We have roast lamb for our Christmas main, and all the trimmings that go with that. Normally my brother looks after the main, and my partner does the soup. We love cullen skink – it’s traditionally eaten on Burns Night but it’s not just once a year. I love things you can prepare in advance – you don’t want to be away from the table for ages. I make pavlova with gin and raspberries! My family don’t really like mince pies, but I love making mincemeat, so I often have leftover jars. Once I tried putting it in cookies in place of raisins, and a new tradition was born!” 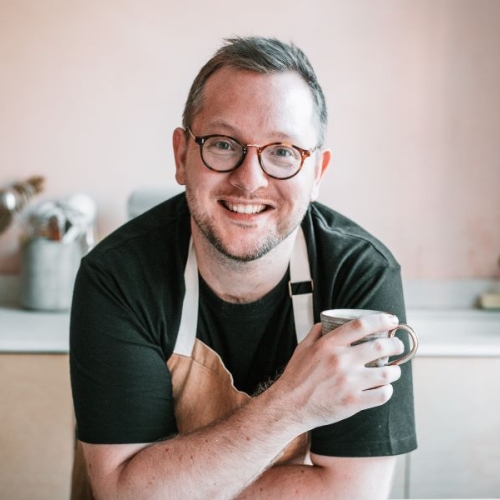 “I have no idea what I’m eating for Christmas Dinner, because it’s my one day off from cooking all year! I’ll be spending it with my boyfriend and my brother, and I expect they’ll be cooking classic food, like turkey, and I might make a brunch of waffles or pancakes.” 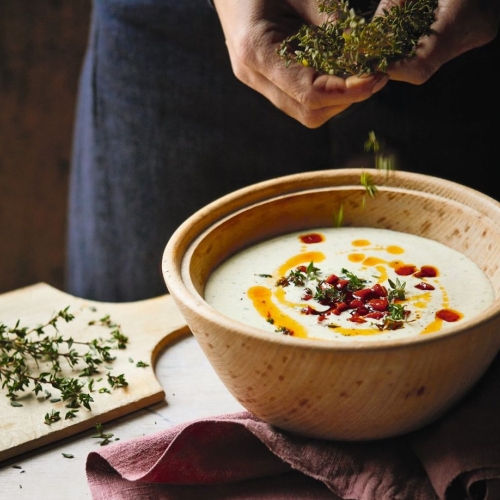 “My sister and I, just like our Mum, are avid soup makers. I always look forward to – when the meat from the turkey has all been demolished over Christmas – making a big potful of delicious and restorative turkey stock, with enough to freeze as well. It will be served in many different guises, from broths containing lots of herbs and perhaps small pieces of pasta to smooth or chunky soups with seasonal vegetables and maybe some beans and chorizo. While it’s not exactly a tradition, my sister and I do tend to talk about which soups we’re making a lot!” 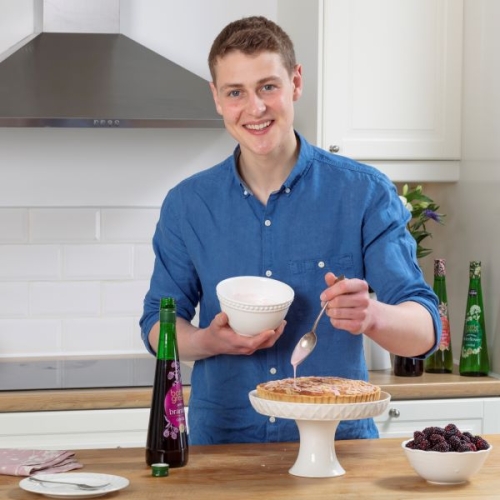 “I took to cooking Christmas dinner in our house four years ago, so many of the current foodie traditions are somewhat enforced by myself. Sprouts are the dish in which I take the most pride. I pick the leaves off the sprouts on Christmas Eve whilst watching Die Hard with the family. The next day, I fry the leaves in a scorching hot pan and add chestnuts and some black pudding, haggis, or bacon. Some of the leaves are charred and blackened, others are just gently wilted and softened. Mum requires that everyone also has a whole, unadulterated brussels sprout sitting on their plate to eat along with the turkey Christmas dinner because “it wouldn’t be Christmas without a whole brussels sprout”.”