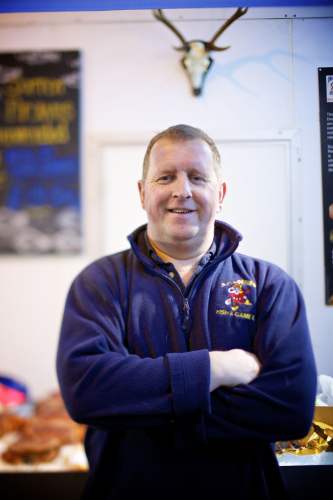 In his latest column Darren Henaghan, managing director of Borough Market, discovers the local micro-economies and small-scale fishermen that rely on the market for survival

It’s all too easy, when considering how Borough Market has fared in weathering the coronavirus crisis, to think about it solely in terms of the traders behind the stalls. What is less visible, but no less important, are the local micro-economies their businesses support: the diffuse communities upon whose survival the health of the market ultimately rests.

When the news came of the Covid-19 lockdown, it wasn’t just his own livelihood that Darren Brown at Shellseekers Fish & Game felt under pressure to secure, but those of the local sea bass fisherman and cod fisherman whose catch he sells at the market alongside his own, the van driver who drives fish, scallops and game up to London from Dorset each week, and the highly skilled fishmongers and butchers who staff his stall.

“These are the local economies that businesses like mine support,”Darren explains. “The people I work with in Dorset and the people I employ up here in London, they all need us to survive and do well.”In coastal towns and rural areas the length and breadth of the country, there are people who, despite never coming here themselves, rely in some way on shoppers at Borough Market for their livelihood. Which is why the support of Darren’s regular customers has proved so invaluable to so many people. Sales through the stall and Borough Market Online have brought “much needed cashflow into the company and community.

Financially as well as mentally we were looking at a real mountain to climb”—not least because, just prior to the pandemic, Darren had invested in a new boat (for his scallop diving) and in Shellseekers Market Kitchen, the hot food part of his business, the latter of which has of course been shut since the coronavirus hit. He’s not complaining about the loss of hot food sales—that will come back at some point, and in the meantime it’s been refreshing to “return to the Market’s roots as a place to sell produce; to sell to customers who appreciate the provenance of their food and the quality of it.”

With pubs and restaurants either restricted or closed, “many people have a bit more money in their pocket than they did and they’re treating themselves to good fish as a bit of a luxury”. “We aren’t selling oysters. We aren’t selling hot food. We have gone back to the core product that is fresh fish and some old customers who had been put off by the Saturday crowds have come back to the fold.” Darren hasn’t been on the stall himself—he’s been diving and hunting to keep its supplies up—but his long-time manager, Andy, says the return of regular customers has been lovely to see, and the money they’re spending is providing a real lifeline, both here and in Dorset.

“I am a fighter,” Darren tells me—a reference not just to his former life as a naval officer, but to his entire philosophy, from diving for scallops in all seasons to ensuring his staff are safe and well looked after and his business survived. “They’re great—excellent people who have adapted well and are committed to this cause. I’m not going to turn around and say I can’t carry on. There’s too much at stake.”