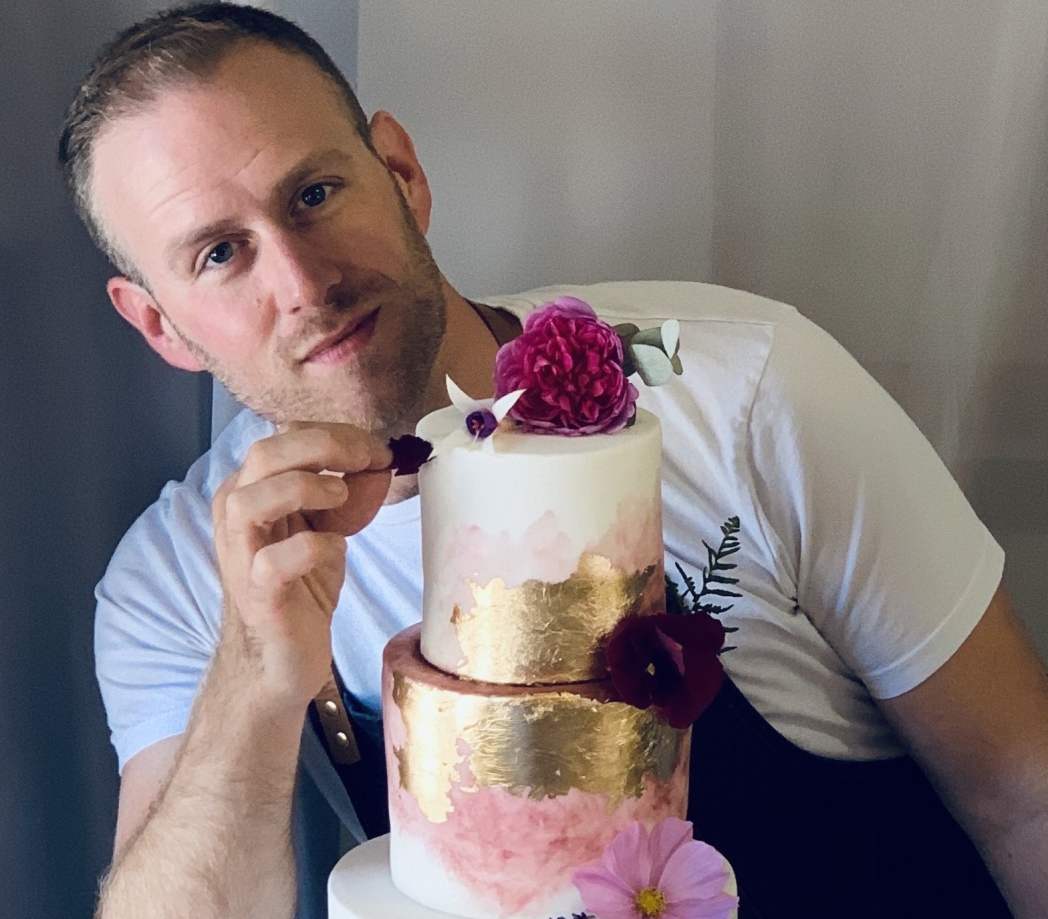 With our favourite baking show soon to hit our screens again, we’ve been catching up with some of our favourite former contestants to talk about life after GBBO. Here, we talk perilous novelty cakes and mental health with Steven Carter Bailey

If you’re anything like us, you’ll be counting down the days until the next series of Great British Bake Off hits the screens! About to hit its twelfth season, the show is a cultural institution, helping revive an interest in home baking over the past decade. And the contestants never fail to capture our hearts, while their talent often turns them into household names. We caught up with Steven Carter-Bailey, a season 8 finalist, and chatted about all things baking.

Steven comes from an artistic family, but didn’t know what his talent was until he started baking. On Bake-Off, he became well-known for his amazingly decorated novelty cakes, including one shaped like a giant chessboard, complete with playing pieces. The country (well, team GBF) were devastated when end-of-game nerves saw him lose out at the final. But Steven has continued to bake, and his cakes are getting more and more ambitious!

Can you tell us about your journey since after the Bake Off?

After the Bake Off ended it was all quite exciting. I immediately went into doing live cooking demos, which is very common for Bake Off. I got to travel all around the country doing food festivals, which I absolutely loved. After that I moved into TV, and did some presenting for ITV London. I was also invited to teach the first cake decorating class for Leith’s Cookery School and discovered that I loved teaching. It’s something I never thought I would like but I find it addictive – it’s like having a super power. I’ll be going back to do it again.

What is your favourite cake that you’ve made recently?

Lady Gaga recently performed at the Joe Biden and Kamala Harris inauguration. It was a really inspiring gig, as it marked a new phase for America, and I decided to recreate her in cake form. The cake went viral – people really liked it.

And your biggest recent cake fail?

This wasn’t so much a cake decorating fail, more a transportation fail. I made a flamingo cake for my goddaughter recently. It was a big deal; her dad even made a special stand for it. The cake ended up being three feet tall and really unsteady. I had to take it all the way from my flat in London, down the stairs to the car and then drive it down to Wiltshire.

I can’t look at photos of it without remembering that drive and seeing it there in the back seat and just hoping that it wouldn’t fall over and break.

What was your Bake Off experience like? Did you find it stressful or fun?

It was a heady mixture of both! It’s stressful, but that comes from within. You’re appearing on television in people’s homes and being judged by them, which is a lot of pressure. Towards the end of the show I lost sight of my own mental health, and I wish I had been kinder to myself. The voice that had started off saying “you can win” began to say “you have to win.” The pressure I put myself under was so intense that I lost quite a lot of weight, and needed a couple of months off afterwards to recuperate. Then again, I also have lots of wonderful memories of being on Bake Off. If I could do it again, I would!