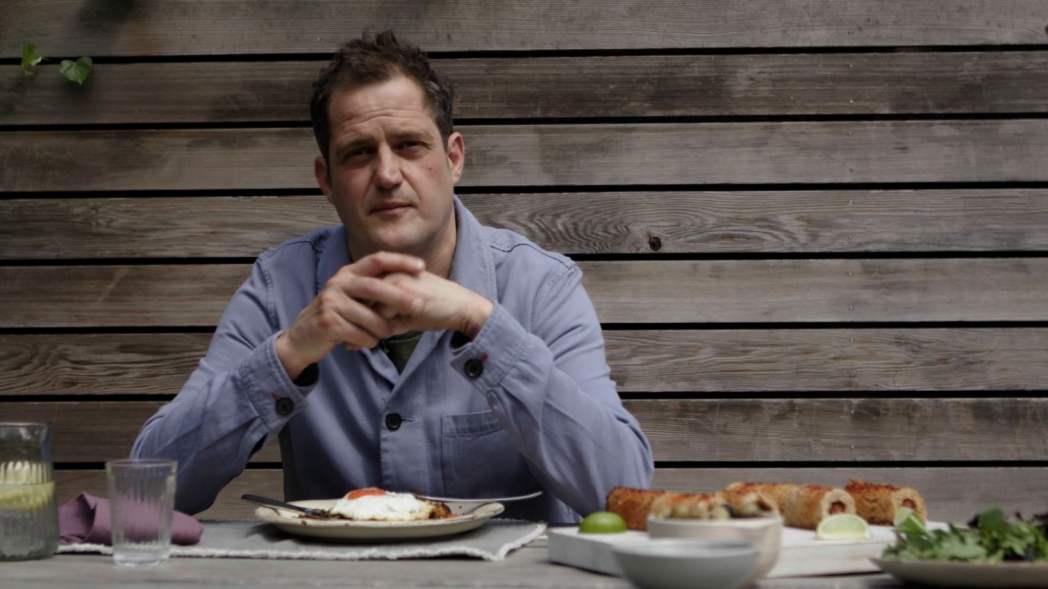 Valentine Warner explains his philosophy of food, nature and travel

We spoke to chef and food writer Valentine Warner about ‘food with roots’, the importance of simplicity and reinventing lunchtime

You started off your career by studying painting - why the transition from art to food?

The reason was about discipline. I grew up in a family full of good cooks who were wild about food, but I was always drawing and wanted to be an artist. I quickly realised that making a living that way came with its issues. I was painting portraits very happily and doing odd bits of illustration, but I was all over the place, and realised that what I needed, especially since my father had died, was discipline and order.

Because I spent so much time in college cooking things like goats and octopuses, I got a job at a restaurant.

Creatively, food and art are linked; there are lots of artists who are very good cooks, and lots of cooks who are also artists. Of course it’s about ‘taste’ in two different ways, one in the mouth and one more visual, but they are both organisations of shapes and colours, as well as lots of other wonderful things.

I still draw a lot – I illustrated three of my cookbooks. My father always said, “if you can do two things, then why not?” I’ve been drawing a lot more since lockdown started too.

You describe your cooking style as ‘International Grandmother’. What does that mean?

I’m more likely to be found talking to a Greek widow, trying to get an octopus recipe off her, than I am to be talking molecular gastronomy in a kitchen with all the bits and bleeping bobs.

Wherever I’ve travelled in the world, I’m attracted to the idea of ‘food with roots’. In those remoter places in Europe you have a very strong food culture, and see far less waste. There’s a lot of simplicity, and while we’ve got a great restaurant scene in the UK, sometimes I read a menu and it feels overcomplicated. I’d prefer to be in a little trattoria, or following my nose through a French market, or eating street food in India.

It’s food with a real understanding of the place where it’s from that I really like. I decided long ago that I’m not interested in fine dining or Michelin stars. You don’t go to church to eat and some restaurants feel like church – you start whispering, for some reason.

Nature is very important to me. My field guides are as important as my cookbooks. When you look at the provincial cooking of this world, there’s a much more direct link between the nature that’s outside the house or the trattoria, and what you see on your plate. That understanding, having the knowledge to catch or gather, is very integral to how I like to eat.

How has your diet changed over lockdown? Have you been creating any unusual lunch recipes?

I had two very different lockdowns. The first was on my sister’s farm in Dorset. As someone who’s a seasonal cook, it had been a long time since I’d so closely observed the seasons. I could walk into nature and see the different flowers bloom, the fish appear in the river from under the bank, and the sea kale emerging on Chesil Beach. I was eating with what I had. There was lamb and pork. I’d go off for a walk and come back with wonderful things to eat.

Throughout the lockdown, we all had financial concerns. Back in London, it was about simplifying. I’ve been cooking more simply, and very much aware of what I’m cooking and what I’ve been buying. If you understand ingredients, you can save yourself a lot of money. There’s a thousand things you can do with a potato.

Can you tell us a bit about your partnership with Allinsons?

Allinson said to me “we are a sandwich nation – we want you to do something different with our bread. You can’t use our white bread, just brown bread. Can you come up with dishes people can make in under 30 minutes?” I like challenges like this; they force you to be inventive.

I went back to my travels and started with a classic Italian panzanella, but by using the bread as a pastry case, and stuffing it full of tomatoes and cucumbers and olives, I began to start playing around.

Migas is a very important dish in Spain. All the leftover bread gets whizzed up into crumbs. The region I’m staying in now cooks it with bits of pear, chorizo and apple. Sesame prawn toast was another one – I love Chinese food and couldn’t resist. And a Mexican sausage roll, which obviously isn’t something eaten in Mexico; in the sausagemeat I used cumin, oregano and chillies, which made something more like a chorizo.

What is your earliest food memory?

Sitting in the British embassy in Japan aged three, when my father was the then British Ambassador there. Someone had made a sponge cake in the shape of a beehive, and there were some angelica sticks coming out of it with icing bees flying around it. I remember sitting in a high chair, in the embassy, and this amazing cake being put in front of me. I remember it like it was yesterday.

What sort of dishes evoke British summer for you?

As a passionate trout fisherman, a dish that evokes summer for me is a poached trout – one I’ve caught from the river myself – with a really good cucumber salad, and a little bit of hollandaise and some dill. Or chilled cucumber and pea soup with lovage in it, an ice cube popped in the middle.

And summer pudding – there’s something so fantastically British about it. When that big red blob of bread filled with fruit goes on the table, full of syrup and flavour and served with cream that moves about three miles an hour, I can’t think of anything more English.

What is the Kitchen at the Edge of the World and how did you get involved?

I was invited there by Ingunn Rasmussen to go and look at her property in Norway. I’d never met her, but she’d been reading my books and watching me on television. I’d always wanted to work more in Norway, and so found myself on a tiny runway in the Lofoten Islands, and was swept along the fjords to her place. By the time I arrived I was in love with it.

We decided to invite the world’s great chefs up to Holmen; chefs that respond really well to nature and who would really use the wild food outside, like Gill Meller. The idea is that people visit for four days and eat wonderful food.

We want it to be very analogue, getting away from the digital mayhem, but because of the changeable weather we’re offering lots of activities too, like pottery or knife making. This year we have Jim Parkin from Aardman animation to come up and teach stop motion animation.

It’s important to get into nature because we are an urban society. We lead very frenetic lives; we’re blasted digitally all day long. Whether or not we choose to partake in this, I don’t think it’s right for the human condition. We don’t have time to sit down and have a meal as a family, but we have endless time to fiddle around on our phones (I’m guilty of it too).

Green places are our default setting. Even if you can’t go as far as Norway, just to your local park, you can sit down and look at a piece of ground and see how many plants there are, and notice the insects; it’s very calming.

Allinson’s has partnered with celebrity chef Valentine Warner to create six delicious recipes, all using one simple ingredient: bread, that to make lunch extraordinary, every day. All of the recipes can be found on allinsonsbread.co.uk 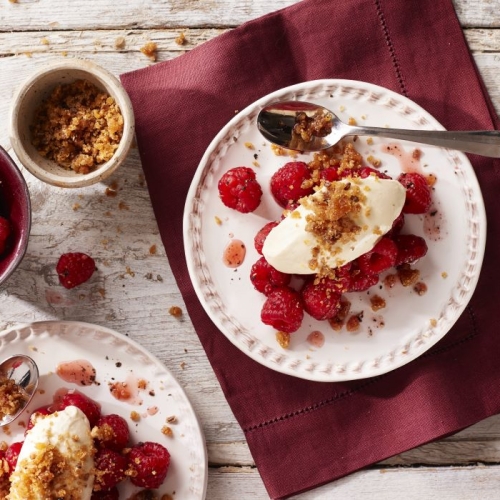 Want to try one of Valentine’s recipes for yourself? We love this caramel and black pepper crunch dessert, which elevates a humble loaf of bread into a restaurant quality dish!