The Tuck of the Irish 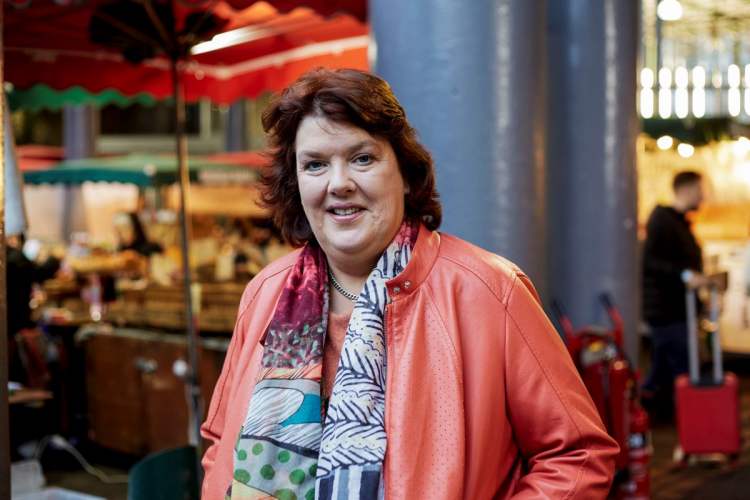 We’re certainly not short of incredible ingredients in Northern Ireland, but they’re not appreciated nearly as much as they should be. The Armagh bramley apple is as good a cooking apple as you’ll find anywhere. The carrots that grow in our reclaimed sandy soil are, I think, the best I’ve ever had, as sweet as honey. Pollan, a delicious freshwater whitefish, is unique to this island, but we export 95 per cent of the catch.

We have beautiful leeks, so versatile and tasty, but despite them being among the few local vegetables you can get at this time of year, they’re criminally underused. If you went into Northern Ireland’s restaurants right now, a lot of them would probably have asparagus on the menu, flown in from who knows where, but not leeks – and that really makes me cross. We should be celebrating them – as I do here, in my recipe for crispy polenta and creamed leeks with purple sprouting broccoli and Corleggy.

Dulse, a type of seaweed, has long been derided as peasant food. But it’s such a great flavour enhancer and it’s so good for you. I like to make a flavoured butter for potatoes – cook some spuds and just toss them up in dulse butter, it seasons them beautifully. Dulse is also great with seafood, including razor clams, another local gem. They were the first shellfish I ever saw: I remember going to the beach to collect shells and picking up all these razor clams, not knowing they were alive. It was a bit of a shock on the way home when they started moving. We didn’t eat them – my mum made me throw them out.

There is a sense, though, that the tide is turning. At last, some of our chefs, producers and retailers have started falling in love with these foods again. It helps that over the past decade or so, we’ve seen an influx of tourism into Northern Ireland, a place that very few people used to visit, for obvious reasons. When the tourists started arriving, they didn’t want to be eating our chilli con carne, they wanted things of the place. And there’s nothing quite so of the place as razor clams and dulse, both of which are completely wild – you can’t cultivate either.

In Italy, a country whose culinary culture I absolutely love, they embrace their traditional peasant cuisine: ‘cucina povera’, they call it. What I would really like is for us to embrace a cucina povera of our own: one that demonstrates a respect for native ingredients and an unfussy approach to showing them off. But while I love that Italian reverence for culinary heritage, I don’t adopt their stance of “This is the way we make this, and there is no other way”.

I think it’s by borrowing things from elsewhere that culinary culture expands and develops. Sometimes the most exciting food in the world comes from places where lots of cultures sit side by side – it’s this that makes London one of the most thrilling food cities in the world.

Meeting people from other cultures and other generations to see what they’re doing is what keeps me alive as a chef. That’s why in my latest Market Life recipes you will find some ingredients that don’t have an Irish heritage but that happen to work beautifully.

In my crusted mutton chops with braised black chickpeas and parsley root recipe, I use the incredible Slow Food Presidia passata from Bianca Mora (at any time, I tend to have about 12 bottles of this tucked away in my cupboard) and the black chickpeas from De Calabria.

In another of the dishes, I’ve combined dulse and razor clams – those two defining ingredients of Northern Ireland – but I’ve also thrown in some guanciale. Just because I love guanciale.

Produce to celebrate St Patrick’s Day can be purchased from the expert traders at Borough Market – either in person or by shopping online for nationwide delivery. www.boroughmarket.org.uk