The Ethical Butcher: Why you Should Eat More Game Meat

Autumn marks the start of game season and Sushila Moles, owner of online butchers The New Meat Project, has plenty of reasons why you should try sampling Britain’s wild game meat

Autumn is game season, and it’s probably my favourite time of the year when it comes to what is on my plate or in my oven. It’s the best of both worlds, isn’t it? The last of the summer fruits and vegetables but the start of the hearty roots, warming stews and, of course, a wide variety of game.

Game is defined as wild animals hunted for food. You may have heard of ‘The Glorious 12th’: the day grouse shooting begins. It’s seen as the start of game season and there are restaurants in London and beyond that race from the moors, plucking the game birds in the vans, just to have served the first of the year. I’ve always thought this odd, as most game needs a little time to age. Grouse are usually at their best after 4 or 5 days, depending on how ‘gamey’ you like it.

The flavour of game meat is often described as ‘gamey’. There is no real definition as to what that means. I’d say it’s the strength of the flavour of the meat rather than a particular flavour profile. A venison carcass can take 10 days on the hook but a grouse or a pheasant would be well over the top at this stage.

My old boss, Hugh Fearnley-Whittingstall at River Cottage, has admitted that he used to succumb to what he called “macho culinary posturing” when it came to gaminess, where the flavour of game meat ended up being so strong it was being tolerated, rather than enjoyed. Think of it like chilli heat: you want some, but not so much it dominates the dish at the expense of other flavours.

There are many good arguments for eating game. Much of it is wild, plentiful, and it is certainly very delicious. Rabbit and deer are considered pests and can cause great damage to crops. Recently, with the closure of restaurants, many farmers found a boom in the deer population causing them serious problems.

It is not without controversy however; shooting is big business and there have been accusations of birds of prey being illegally killed so they don’t threaten the stocks. The burning of moorland has led to questions about the environmental impact of grouse shooting. It’s easy to steer clear of these issues though, if you stick to venison. 10 years ago you may have been pushed to find it but now it’s on supermarket shelves, and there are an increasing number of game meat consumers

In my opinion, the best venison you can buy anywhere in the world is British park venison. These deer are semi-wild, roaming freely but have a ranger to watch over them, giving a little extra feed in the winter to ensure they remain in the best possible condition. The ranger monitors every animal and will know the best time to cull each one, avoiding animals that have suffered injury or illness. The consistency and quality of the meat from Cornbury Park Venison that we sell at The New Meat Project really is the best there is. Due to its seasonal nature we offer it as a Pop Up Meat Box in the autumn, complete with 5 recipes suited to the cuts of meat. 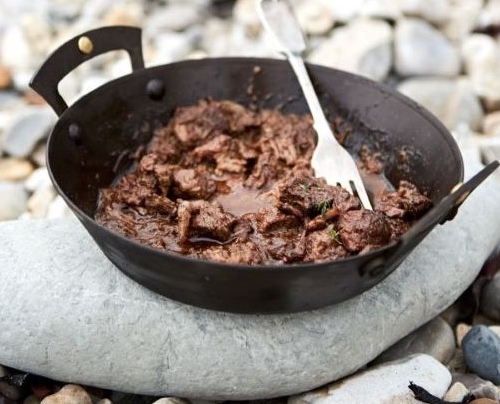 Why not try Sushila’s recipe for chocolate and venison casserole? Lean red meat is paired with a complex, velvety sauce.

About The New Meat Project 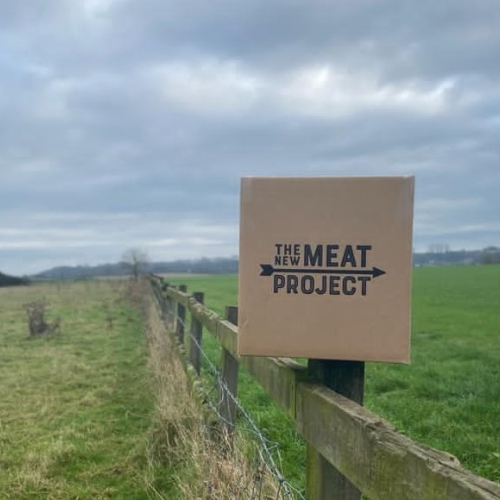 The New Meat Project is founded by Sushila Moles. Having gained a Masters in Food Anthropology and worked in food related businesses all of her life, Sushila has first-hand experience that farming is a force for good in society. She worked for River Cottage, playing a lead role in promoting one of the country’s best known sustainable and ethics driven businesses.

Sushila is also co-owner of Cabrito, the multi award-winning goat meat business that has helped change the UK goat dairy practice of euthanizing unwanted male kids, instead rearing them for meat. These have convinced her of the importance of high welfare, low impact meat in our food system, both for our own health and for the health of the planet. The New Meat Project sells a wide selection of cuts of meat, from grass-fed beef to streaky bacon and pork chops.