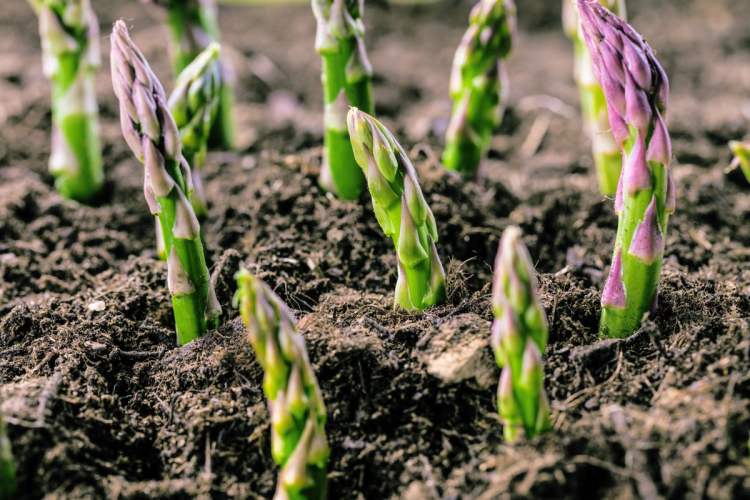 Asparagus is the essence of spring, arriving with the apple blossom and heralding sunny days to come. Its season traditionally runs from St George’s Day (23rd April) until the summer solstice – giving us just a couple of months to relish one of our most gloriously tasty home-grown vegetables.

Eating English asparagus isn’t really about being patriotic, it’s about making the field-to-fork journey as swift as possible. In her Vegetable Book, Jane Grigson advises that “asparagus needs to be eaten the day it is picked. Even asparagus by first class post has lost its finer flavour.” Well, failing planting up your own asparagus bed in central London, you’d do well to find any fresher stalks than you’ll pick up at Borough Market.

The first taste of new season asparagus reminds me of my childhood, growing up in Worcestershire, when we would head to one of the pick-your-own farms in the Vale of Evesham and come back with greedy bunches that we gorged on with nothing more than melted butter. It was an annual feast that I’d happily have made every week, if that had been possible.

But asparagus is, quite rightly, something of a luxury. Crowns of asparagus take at least three years to establish themselves before producing enough stems to be fully productive. The spears must be handpicked, too – a back-breaking task. Growing white asparagus is even more labour intensive, as the soil is mounded around the stalks to starve them of light. As the season evolves, though, a glut develops, prices come down, and that’s when you can really indulge. I griddle, roast, stir fry or even eat the spears raw –asparagus really is wonderfully versatile.

These days, you’ll find asparagus available all year round, but air-freighted asparagus transported from the other side of the globe can’t begin to compare with our own sweet harvest. It’s all about enjoying the best for a matter of weeks and spending the rest of the year in eager anticipation. English asparagus is always worth the wait. 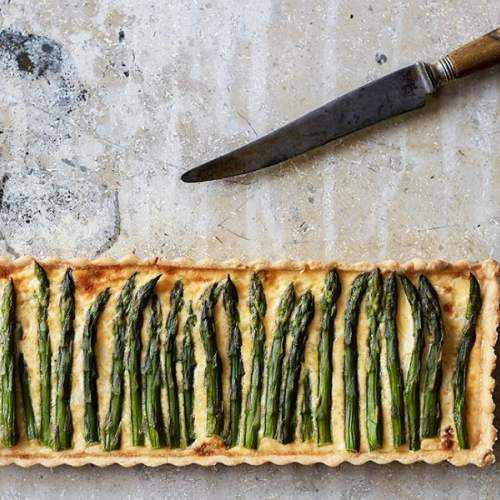 “Crab and asparagus complement each other superbly, the sweetness of the shellfish off-setting the fresh nuttiness of the spears – the two flavours seem to sing a duet of sunshine and longer days.”