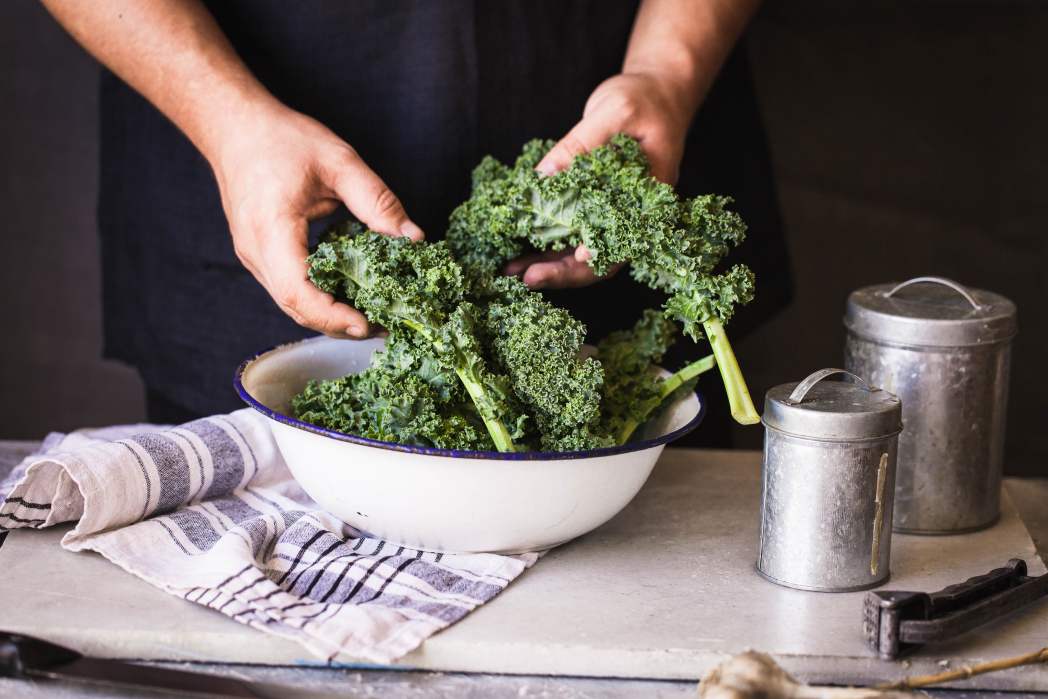 Seasonal Star: how to cook with kale

​Healthy, versatile in so many different recipes and at its best right now, kale may not be the sexiest vegetable at the market but we think it deserves some love

‘English palm cabbage’ is not a name familiar to many people, but perhaps it should be. It is alternative, and much more attractive, name for one of the least sexy vegetables to come out of the British market garden: kale.

“There are so many names and varieties when it comes to kale,” says Kath Dawson of Borough Market’s Ted’s Veg stand, which sells produce grown on her small family-run farm near Boston, Lincolnshire. “We grow green curly kale, red curly kale, champagne kale. The list goes on. Then there’s cavolo nero, because that’s kale as well – it’s originally an Italian variety but we grow acres of it here.”

For the past 50 years, Kath and her family have been farming without the use of pesticides, herbicides or any other chemicals, relying instead on crop rotation to replenish the soil, hoeing and scuffling to remove weeds, and a natural ecosystem of birds and insects to keep pests in check.

One result of this approach is that you will not see the entire dazzling range of kale names at Ted’s Veg all at once. According to Kath, the key each season is to grow only those varieties she thinks will fare best in the conditions she faces, which as we know in the UK can be a somewhat movable feast. 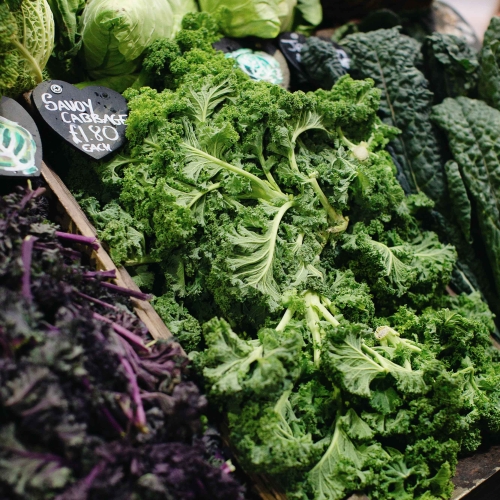 For low-intervention farmers like the Dawsons, the recent high temperatures and low rainfall have made life particularly difficult, with produce often arriving at retailers not looking at its best. Limp leaves are often a sign that a brassica is a bit on the old side, but it can also be a symptom of warm, dry weather.

“If you look into somebody’s eyes, you can usually tell if they’re bright or if they’re dull,” Kath explains. “That same sense of brightness and health is what to look for in kale. Often, if it looks quite dull and limp, then it’s probably not quite as fresh as it should be. The problem is that at the minute, with this exceptionally warm weather, even the best kale can look a bit limp after only a couple of days.” 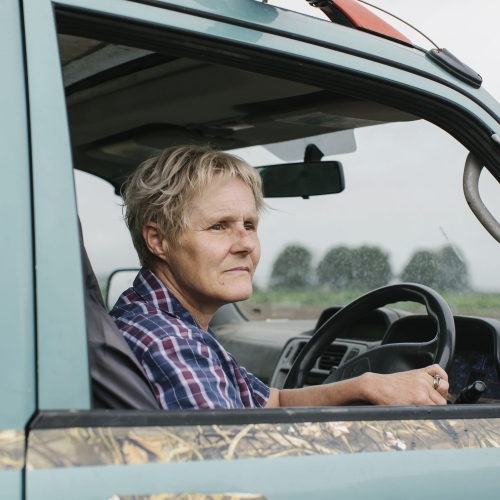 Confronted with this problem, the beauty of buying your produce from the growers themselves is that any concerns can be quickly allayed simply by asking. If the stallholder can tell you it was harvested just a few days ago, you know that you’re holding a great vegetable in need of a bit of freshening up – and with kale this couldn’t be easier.

Simply cut off the bottom few centimetres, put the kale in a bowl and fill the bottom of the bowl with water. Leave it in the fridge or somewhere cool and wait for a couple of hours and it will be back to its very best.

Some varieties of kale can be grown in the UK for most of the year, but September is really the start of this leafy brassica’s peak season. “It really is good at the moment,” Kath says, “and if you come to the stall, you can be sure that the kale on sale will only have been picked a few days before.”