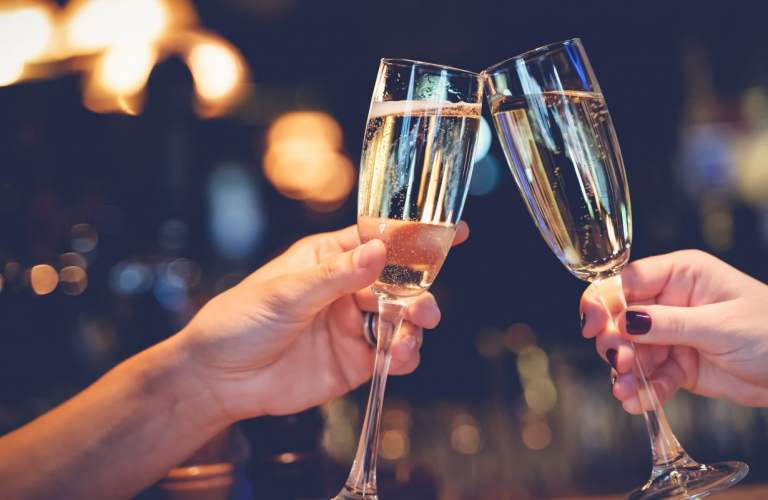 After something special to see the year out? Anna Blewett goes in search of the English and Welsh wines packing a natural fizz

It’s been a tough year, and God knows we all need a little sparkle to help us toast its end…But with gatherings set to be smaller this NYE, could it be time to try something a bit different? Step up pétillant naturel or pét nats, an alternative to conventional sparklers from one of wine-making’s most exciting sub-cultures.

Since 2020 was the year many home bakers finally got around trying sourdough – swapping homogenous packet yeasts for fizzing wild strains – we may have a new wave of natural winemakers in the offing. After all, marine-biologist-turned-winemaker Daniel Ham of Offbeat Wines claims making bread at home was his first step towards making low-intervention wines without the long list of additives his commercial training taught him to rely on.

“Around the time I got into winemaking I started making sourdough,” Daniel explains. “Seeing the results – the flavours and complexities I was getting in my bread – I thought ‘Well I should be doing this in my wine making’. It felt like a natural progression.”

A burgeoning number of wine buffs agree; natural wine-making methods were standard practice for our ancestors and are still practised in some of the most feted wine-producing regions of the world. Today, purists work with organic or biodynamically-grown* grapes, using the yeasts and bacterias naturally present on the skins and the wine-making environment to trigger spontaneous fermentation and adding few or no additives.

It’s a far cry from ‘conventional’ wines, which introduce foreign yeasts, sulphites, sugars and even colourings and flavourings to grapes whose own microbial coatings have been depleted by insecticides and herbicides. So what are the benefits of a natural approach? You’ll have heard that hangovers are less likely (some drinkers are sensitive to sulphur dioxide, a ubiquitous preservative used in conventional wine-making) but there are other wins.

“Over the five vintages I moved towards spontaneous fermentation with low or no sulphur dioxide, and no filtering, the wines improved massively,” says Daniel. “As I expected the character and layers of complexity really improved. It felt like the right way to be working.” He’s clearly on to something: almost all Daniel’s 2018 and 2019 output (including 500 bottles of pét nat) has been snapped up; his 2020 wines are hotly anticipated.

All wines – still and sparkling – will bubble away during production as saccharomyces yeast strains convert sugars into alcohol, but how to capture the fizz? As the authors of Nobel Rot: Wine from Another Galaxy (£30, Quadrille) explain: “In ‘ancestral method’ bottle fermentation, used for colfondo Prosecco and pétillant naturel wines, the fermentation process is completed in closed bottles, trapping CO2 and creating lightly fizzy wines packed with dead yeast cells that give a cloudy appearance.”

Unlike méthode champenoise sparklers, which are turbo-charged with sugar and yeast for a second in-bottle fermentation, pét nats have a gentle bubble. “It’s a young, fresh style but with a nice fizz,” says winemaker Richard Morris of Ancre Hill estates in Monmouthshire.

“Champagne and English and Welsh sparkling might be seven or eight bar pressure, whereas pét nat could be two or three bars. Along with orange wine, which we also make, it’s making a comeback and I think there will be more on the market in the next four or five years. People are rediscovering something very old. Even three or four years ago you’d have struggled to find a pét nat on the British market but I think it’s taking off now.”

Newcomers to natural wines will notice occasional reference to ‘funky’ characteristics that may be more familiar to fans of kombucha or water kefir. Be brave: in this category you’ll find wines you love and wines you hate. Pét nats are comparatively cheap for winemakers to produce, being ready to drink in a few short months rather than the years it takes for traditional sparklers to fully mature on their lees.

However as with other categories of wine you will pay more for an English and Welsh bottle (our domestic industry gets none of the subsidies or economies of scale of continental producers) and you may be surprised at the aesthetic: lower fizz means these cloudy bubblies are often capped with a beer top rather than a fancy foiled cork. As a niché product within our blossoming domestic wine scene you will (for now at least) have to work to track down English and Welsh pét nats.

Here’s where to start….

A fruity red made from Triomphe grapes grown biodynamically at Richard and Joy Morris’s Monmouthshire estate.

A light and crisp white made with a blend of varieties grown in Sussex.

Made by urban winery London Cru using West Sussex-grown Pinot Gris, this zesty and crisp bubbly is described as ‘excitable’ by its makers.

* a sort of ‘organic plus’ approach to farming that uses homeopathy-like treatments and the lunar calendar to coax the very best from the vines.