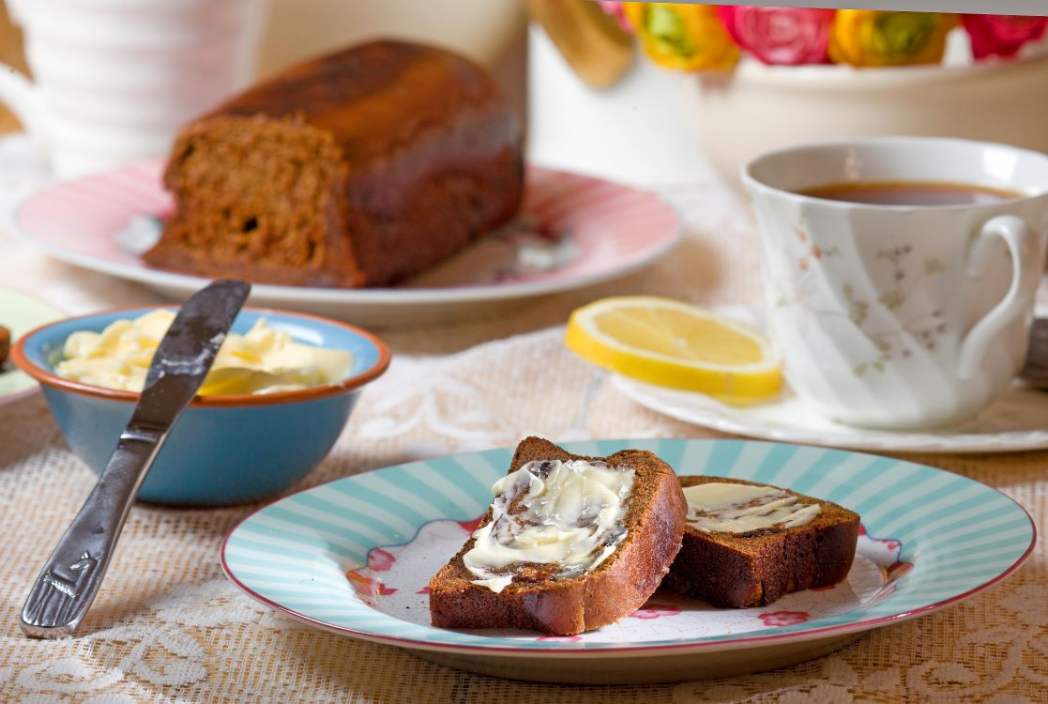 From falling cakes to doppelgängers and a very talented star baker, the first episode of series twelve did not disappoint!

We were overjoyed to snuggle up in front of the telly for the first episode of Great British Bake Off season twelve. After a rocking musical number, with Paul Hollywood on guitar and Prue rocking out on the drums, we were introduced to our twelve bakers, and the fun commenced!

First up in the iconic tent was the signature bake, where the contestants were instructed to make 12 identical mini rolls. Coming out on top were Giuseppe’s almond and orange sponges with ricotta cream, and German-born contestant Jürgen’s black forest gateau themed rolls, which he was asked to judge himself!

Next up we had the technical challenge, where the contestants were asked to make a malt loaf. Prue commented that “people under 35 probably haven’t heard of it”, leading to a slew of opinion pieces about millennial eating habits being published this morning. It was 70 year old Maggie who scooped first place for this one.

Next up we had the showstopper challenge, which was to create an anti-gravity cake. MEAN, that’s all we can say! Needless to say, there were a few accidents. But Jürgen’s elegant cake design of a bedside lamp set over a tome of Thomas More’s Utopia was both elegant and delicious, and led to him scooping the star baker award.

It was Tom who was sent home on the first week; his black forest mini roll didn’t match up to Jürgen’s, and his showstopping cake was not gravity defying enough.

The show wasn’t short on laughs either. Without further ado, these were our top 5 moments!

1) The Flinstones in German

Matt Lucas singing the entire Flintstones theme song in German (beautifully, might we add), when poor old Jürgen just wanted to get back to baking!

Quirky contestant Lizzie and Noel Fielding accidentally coordinating their outfits. Noel wore a black jumper with pink smiley faces (which is now at the top of our ‘must buy’ list), and Lizzie a pink t-shirt with black smileys.

When Prue and Maggie were talking to each other, and Noel quipped “I have never felt so much like a chimney sweep in all my life.” We ROARED.

When Paul Hollywood lent Maggie Prue’s glasses, and she had rather a jolly time pretending to be Prue, who pretty quickly came and snatched them back!

Just to clear up the confusion about Prue and Maggie… #GBBO pic.twitter.com/qmm6CGIHS6

It’s not Bake Off without a cake-related disaster. When Paul judged Amanda’s surf cake, he cut a big old chunk right out of the bottom. A minute later, while someone else was being judged, that wave came crashing to the ground, resulting in a big mess of cream and sponge cake. “Paul’s slowly sabotaged you,” Noel quipped, as Matt clapped a hand to his mouth in horror.

FACT: The gravitational pull in the Bake Off Tent is the strongest on the planet. #GBBO pic.twitter.com/LyC3cPKkFG

We can’t wait to see what next week will bring to the white tent!