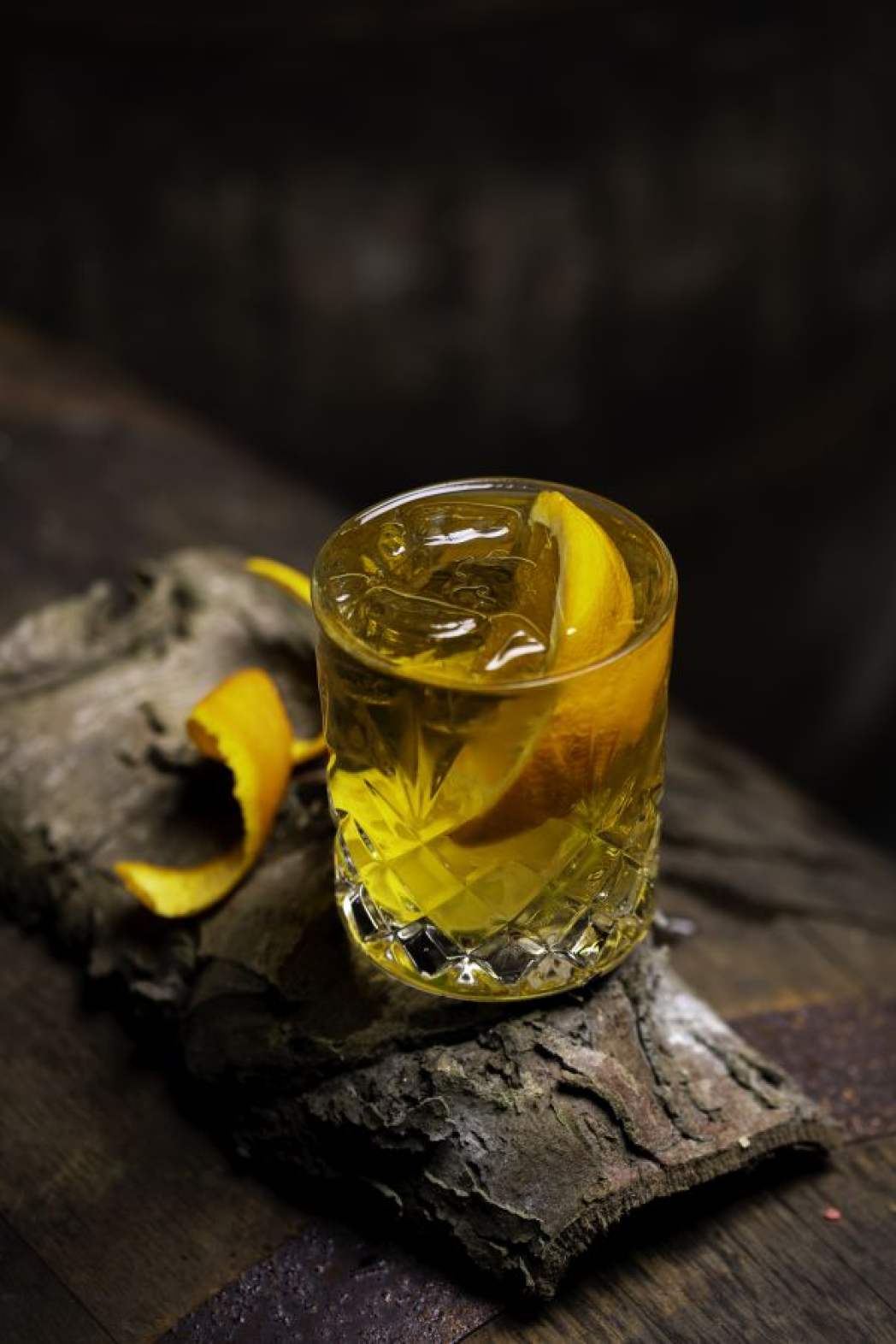 Move Over, Gin! Why We’re Coveting British Rum this Christmas

A new wave of British rum stills are bringing this authentic molasses spirit back to the captain’s table, discovers Anna Blewett

Next time you’re baking with treacle, gently coaxing it out of the tin and trying to get a reasonably accurate unit onto and off your spoon, spare a thought for those brave souls who choose to distill rum. “You don’t have to spill much molasses on the floor to start screaming into the air,” laughs Tom Read of The Cornish Distilling Co (genuinebritishrum.com), a former lifeguard from Bude who stumbled into distilling after realising his PhD in biochemistry had a place alongside his true passion, food and drink. 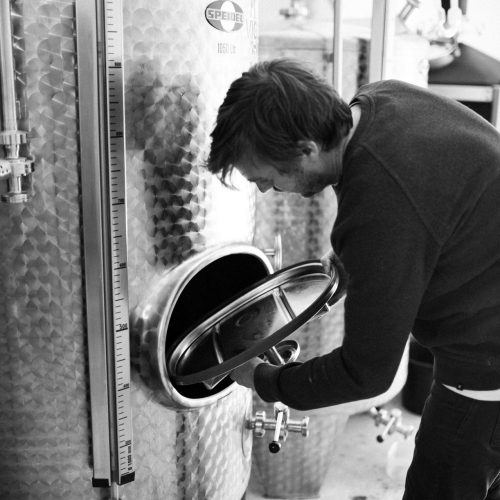 Molasses is at the heart of the rum making. The sticky dark syrup can be made from sugar beet but this European answer to the cane molasses of the Caribbean and southern states of the USA is reviled by all but the cattle it’s fed to. Besides, rum isn’t rum unless it uses the real deal: black treacle, as we Brits are more Iikely to call it, made by boiling the sweet juice pressed from sugar cane.

For avid rum fan Darren Nugent it was the sight and smell of cane being crushed while on holiday in Cuba that set in motion a dream to build Northern Ireland’s first rum still. Darren’s Íon Distillery (iondistillery.com) in County Tyrone opened late last year. It sits on a natural spring, which provides the water to dilute black strap molasses – the flavoursome yield of a third boil of the cane juice – shipped over from the Caribbean. “Its the best quality molasses you can get, almost 70% pure sugar,” Darren explains. “It smells divine – of burnt toffee, maple and coffee – but it’s a nightmare to work with. It’s so thick, sticky and viscous. When it’s cold it sets like toffee, but once heated it flows a lot more easily.”

Pumped into a mixing tank to melt into the heated spring water, the molasses is next stirred through with ‘backset’, liquid from previous fermentations. “It’s a Jamaican way of doing things,” says Darren, “and is very much like the ‘sour mashing’ American bourbon makers are famed for. It provides the new yeast with nutrients to help in the fermentation and gives a unique flavour dimension to the finished rum.” 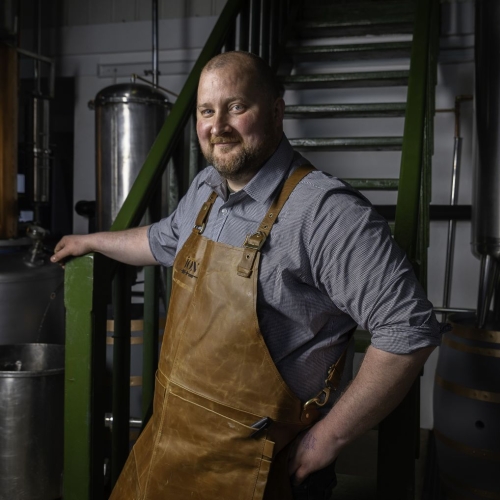 The distillery’s name means ‘pure’ in Irish Gaelic, so quality of ingredients and integrity of process are a source of great pride. “The most important thing was to build a still with the sole purpose of making rum,” he explains. “It’s not a general purpose still for making different types of spirit, it was built by hand, by us, to be a speciality rum still.” Named ‘Hemmingway’, this ‘Caribbean doubler’ style copper column still brings its character to the final unique rum. 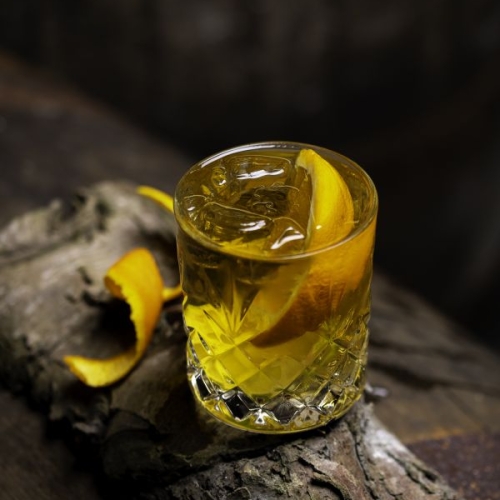 As you might guess, the act of distilling itself is more complex and critical than simply putting in sugar wash at one end and collecting rum at the other. “When you distill you’re separating alcohol from water, but along with the alcohol comes other chemicals produced by the yeast during fermentation,” explains Tom at The Cornish Distilling Co (genuinebritishrum.com). “When you distill a rum or a whisky you decide which bits you want to keep and which you don’t. The sciencey, nerdy side of distilling comes down to where you make your ‘cuts’.”

The ‘cut’, the moment at which collection of the distilled liquid switches between one catching vessel and another, is a bit like trying to slice a rainbow into its constituent colours: a little of the neighbouring band will inevitably make the edit. Rum making produces three distinct segments. “We call them the heads, hearts and tails,” says Tom, “and when we make rum, hearts is what we want.” First out of the still is the heads, comprising potentially toxic components such as methanol and ethyl acetate. “It’s basically like nail varnish remover,” says Tom, “but they carry a lot of nice flavours – fruity bananas, pineapples – the tropical notes you might associate with rum. 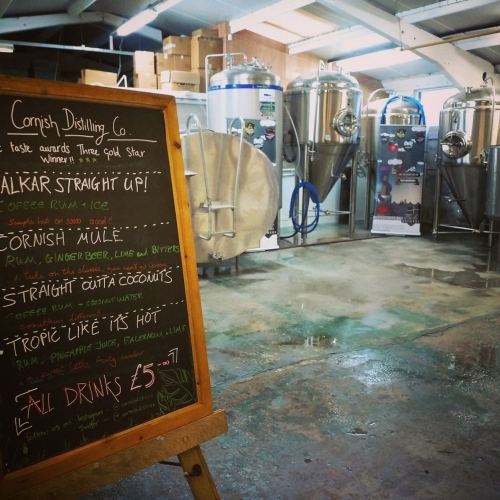 “The range of flavours present in the spirit at different stages is quite remarkable,” says Darren. “The very finest section of spirit, the hearts, is sweet and aromatic, reminiscent of cinder toffee and fruit punch. When we are drawing off the hearts the air is filled with aromas of caramelised pineapple, sour cherry and apricots. No matter how many times I do it, there’s still a smile on my face when I see that crystal clear liquid starts to run and the aroma fills my nostrils.”

Luscious as all this sounds, distilling rum is laborious work, time consuming work. Molasses is, as we’ve heard, a bit of a pig to handle. So in fact most British rum makers don’t actually distill at all, but instead ‘rectify’, infusing and ageing white rum brought over from the Caribbean. Giving the other producers a run for their money in this competitive market is rectifier Jonathan Williams, better known to food aficionados as the brains behind the Pembrokeshire Beach Food Company. Over the years Jonathan has brought the complex, savoury flavours of West Wales’ laver seaweed to a fresh audience, serving it up in brownies and black butter at his Freshwater West Cafe Môr, and in tinned seasonings and ships’ biscuits at delis throughout the British Isles. 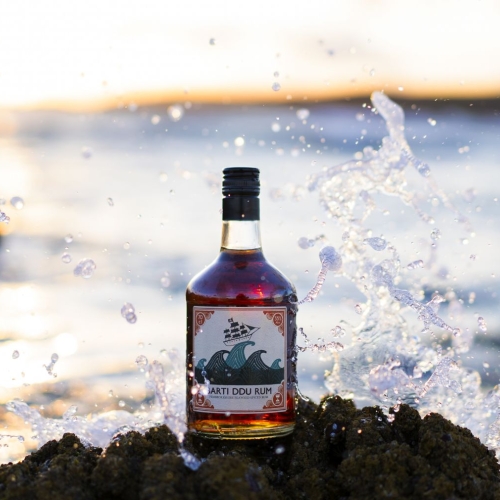 But Jonathan’s laver-infused spiced rum, Barti Ddu, (rightly pronounced ‘barti thee’), was never intended for general release. “I just wanted to make the best spiced rum in the world for me to drink,” he admits, “but it snowballed from a small side project into something much bigger. I approached it from a chef’s point of view: I know from using seaweed every day in my cooking that it brings such a depth of flavour to anything. I crave it. Even though you don’t notice it straight away it adds something.

Playing around with blends of spices and laver has indeed produced something rather unique. “No-one wants salty rum,” laughs Jonathan, “I’ve drunk enough of that, it’s disgusting. But that subtle back note of ‘Welshman’s caviar’ just does something.” Barti Ddu himself, AKA John Roberts, the Pembrokeshire-born pirate for whom this rum is named, would surely approve.