We spoke to chef Monica Galetti about staying sane during lockdown, letting loose for Red Nose Day and her hopes for the hospitality industry

One of Monica Galetti’s earliest food memories is of palolo, a delicacy in her birthplace of Samoa. ‘It’s when these fish spawn at the full moon — they’re a little like really fine whitebait — and people go out and scoop them up, then they bake it in coconut cream,’ she explains.

Monica was brought up in New Zealand and moved to England in 1998, meaning she has been exposed to a wide variety of different cuisines. Living here for two and a half decades has given her a passion for British food.

“Oh my gosh, there’s so much that I like! Over the past 20 years, I’ve found a lot that I love. Like mince pies, Christmas puddings. Even mushy peas. Toad in the hole; when it’s made properly it’s delicious. My friend Rachel makes the best toad, with lots of gravy and onions,’ she enthuses.

Monica opened her own restaurant Mere, named after her mother, in 2017, alongside her husband David. The two met while working at Le Gavroche.

“I’m classically trained but I love to bring in influences from my culture. My husband is French, a sommelier, so the love of food and wine is so natural for us.”

Like many restaurants across the UK, Mere closed its doors in March of last year, for five months. It reopened in September 2020, closed in November, and then for the third time in December for lockdown 3.0.

“Mere is on Charlotte Street in London, and it’s so quiet and sad at the moment whenever I go to check up on it,” Monica says. “I’m missing my team so much; I can’t wait to get my cooking family back together and smash it in 2021, once we’re allowed to.”

Mere had hoped to start a takeaway service back in December lockdown, but due to the sudden lockdown and as the number of cases in London rose, Monica didn’t want to risk the health of her team. Then her husband and daughter also got sick.

“We had a tough December; both my husband and my daughter came down with COVID on Christmas Day. For some reason I didn’t get sick. Obviously my husband couldn’t drink, so I just drank on my own. That’s one way to get through it,” she laughs.

Luckily, Monica’s family have since recovered, and talks have resumed about a delivery service at Mere.

“Watch this space,” she promises. “My team is so excited at any opportunity to be cooking again. But I can’t have the full crew back, we’ll have to take it in shifts so only a few are in the kitchen at the same time. And they all say, “I want to go first”. I’m trying to keep it fair, so that everyone has some time in the kitchen.”

Aside from restaurant plans, Monica, just like the rest of us, has to deal with the tedium of Lockdown 3.0.

“I think it’s important to find a routine to keep you going. I’m someone that’s always had a routine, so I’ve been going into the restaurant, finding ways to keep our daughter motivated with her schoolwork — that’s been a real tough one as well.”

Alongside this, there have been the commitments that come with being a public figure, including a photoshoot with Good Housekeeping that Monica is particularly enthusiastic about.

“That was the first dressing up that I’d done in five months of lockdown, and I got my makeup done, and my feet were killing me because I hadn’t worn heels for ages. It was so good to be pampered, but then you had nowhere to go. Still, it was so nice to be among other people; as wonderful as family is, when you’ve been stuck at home for five months it’s great to get out,” she says.

Monica also took the time out to get involved in this year’s Red Nose Day, a Comic Relief drive to raise money for charities across the UK and worldwide.

“It’s an amazing campaign to be a part of, and I’ve always liked to get involved whenever I’ve been asked, even if it’s just been a small role. They always get you to step out of your comfort zone and do things that you wouldn’t normally be comfortable doing, but knowing it’s for a good cause means that you don’t mind putting yourself on the line,” she explains.

The example she gives me is of a photoshoot she did to model TK Maxx’s apron and homeware collection (which is being sold online to raise money for Comic Relief), which features characters from Pixar movies.

“They were getting me to pull faces according to the character you were supposed to be supporting, so for me it was Dory from Finding Nemo, so you’re supposed to be blowing air bubbles, you know. You just felt so silly, and you just have to trust that they know what they’re doing,” she says.

Alongside her work for Red Nose Day, Monica has also been supporting the campaign for a Hospitality Minister in the UK government.

“It’s so important when you look at what the hospitality sector does for the economy. And we haven’t had any representation for all the deals that have been made throughout the pandemic. It’s such an important cause; we’re all just hoping we’ll be able to get that voice in there. The petition has made it into parliament so hopefully there’ll be some discussion,” she tells me.

Britain’s hospitality industry, she says, has gone from strength to strength since she started working in it.

“There’s a huge diversity in the style of food that people are cooking and enjoying. I love the British hospitality industry! There are so many different cultures and styles of food, and I’m so keen to try everything,” she says.

“I hope — I know — that we will come back, stronger than ever. That we’ll get over the sadness and start afresh. You have to be optimistic. You have to hold onto hope. Because the alternative is not good.” 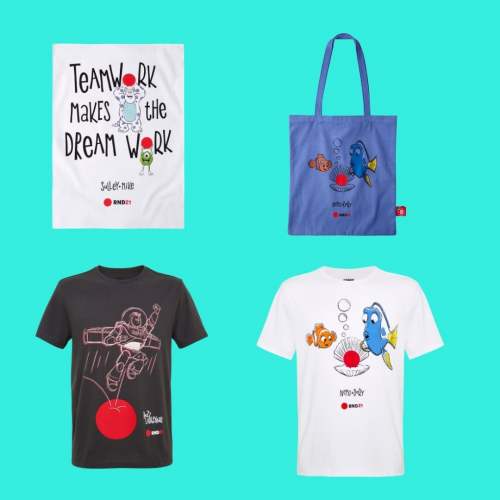