Meet One Of The UK’s Only Homegrown Pasta Makers

With UK artisan producers perfecting everything from charcuterie to continental-style cheeses, you might wonder why so few make their own British-made pasta.

The company has sourced the grain in collaboration with renowned regenerative producer Duchess Farm in Herefordshire, giving the team total control over the entire pasta making process. Here, founder Gio Carleschi tells us why it’s taking so long for dried pasta to be made in the UK 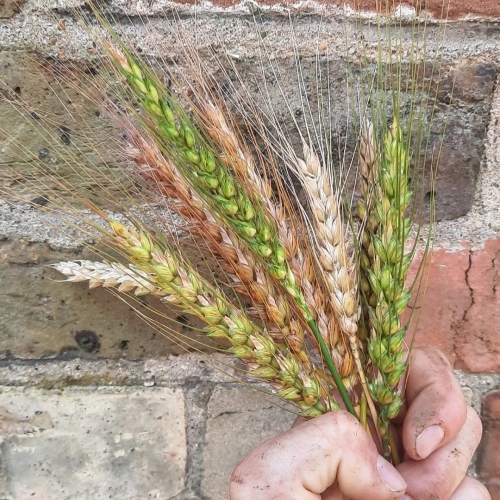 Why is so little dried pasta made in the UK? The main reason is that it is traditionally made of durum wheat varieties. Durum wheat prefers dry and sunny climates, especially in the run up to harvest and it is therefore rarely seen in UK fields. With such little home production (if any) the price of British durum wheat pasta would not be competitive in the market. 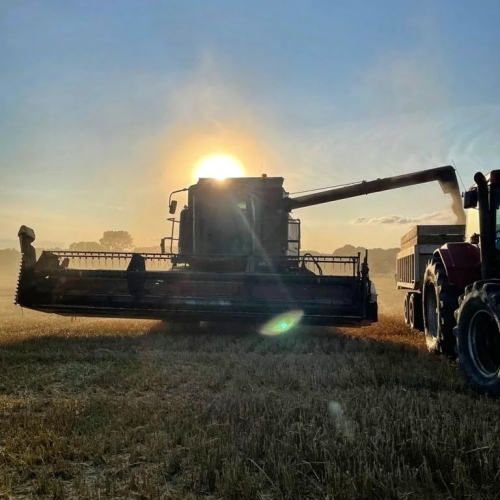 What made you take a chance on making your own dried pasta? I actually co-founded Seriously Italian before Pastificio Carleschi which produces fresh egg pastas using British-made flour, like spelt, and at the time I thought to myself, ‘why does all dry pasta come from Italy when there are amazing grains and flour of exceptional quality available in the UK?’ So, the move to dry pasta just made sense, but the timing had to be right.

I didn’t want to use bread wheat because it’s not suitable for dry pasta making (or at least it is not approved of in Italy, where dry pasta production originally started), but farro (which is used by Italians to make premium quality dry pasta) wasn’t widely available in the UK yet. From 2009, spelt farming increased and more varieties of farro (like emmer and einkorn) started to become available, so I started experimenting. It took us a while but in 2019 we opened our factory and we called it Pastificio Carleschi. 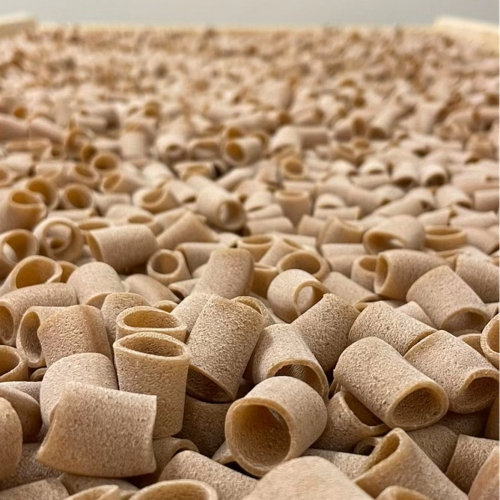 What are the difficulties in making this type of pasta in the UK? There are many! Which is why I think manufacturing never really took off here. Simply put, pasta is dried from the inside out and not the other way round. During the drying process, the pasta releases moisture and then re-absorbs nearly all of it back. This happens cyclically for up to 20 hours depending on the pasta we are drying. In our factory the entire process of making a batch of artisan dry pasta can take up to 40 hours.

Different wheat varieties or wheat from different harvests act differently and the process can require adjustments. We also require the grains to be stoneground, which is distinct from the conventional milling process, so we’ve also had to adapt the process to suit grains milled and sifted by different mills in different ways. Everything we know today has been gained through trial and error as we were the very first British artisan dry pasta makers in the UK. Also, there isn’t a ‘one size fits all’ approach, since there isn’t a recipe that applies to all flour. It took us a long time and dedication to get to where we are today. 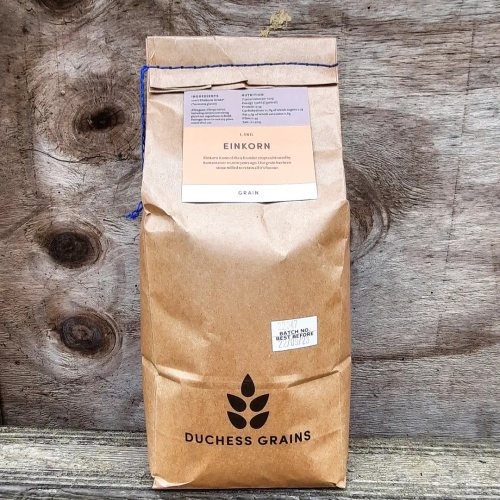 What is einkorn and what makes it unique? Einkorn is a very special grain, it is the most genetically primitive and ancient form of cultivated wheat, quite possibly being the key ingredient in switching our lifestyles from gathering to farming! But not only this, it is nutritionally fantastic. Interestingly, despite containing gluten it scores zero on the gluten index meaning it can be digested better than most foods, and of course, it tastes delicious as well. 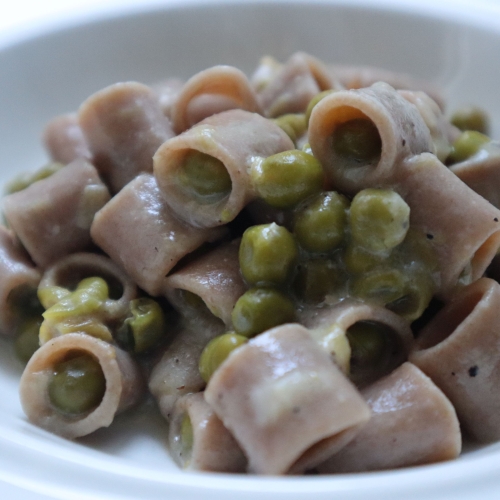 Why use it to make pasta? There are only a handful of einkorn pasta makers in the world but we think ours is special in that we aim to preserve the natural flavour and nutritional benefits of the grain at every step of the process. For example, our einkorn pasta is made in small batches to monitor quality and dried slowly at a low temperature so as to not ‘burn’ out the nutrients. Moreover, this pasta is in collaboration with Duchess Farm who we helped out two years ago with fundraising for the purchase of their mill. I have personally walked through their field of einkorn and it’s wonderful being able to hold the final product made by both our efforts. The shape we have chosen has been especially customised for einkorn pasta to enhance taste, texture and cooking tenure. We are very proud of the end result. 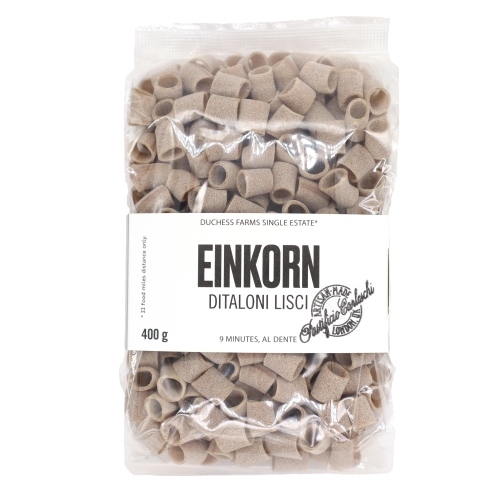 Does the type of wheat used affect which shape the pasta is made into? Yes it does! Not only the type of wheat but also harvests, farms and sometimes different mills result in flour with different gluten strength, so it’s important to “know” the wheat before choosing what shape to go for.

We run various tests: bronze dies have inserts so we can try multiple shapes and run a batch to see the end result. Some shapes are easier to make than others - spaghetti might look simple compared to other shapes however it is very difficult to dry. Hollow shapes are generally the hardest: the larger the hole, the greater the challenge; the candele shape is a hollow tube that is 50cm long and only the best Italian artisans undertake it. What’s ironic is that these long tubes are actually broken before cooking so all the hard work is just to feed the passion of being able to conquer such a feat. I can definitely relate to that.

For more information about Pastificio Carleschi and to buy online visit carleschi.co.uk

The first ever pasta made in the UK using 100% British organic flour.