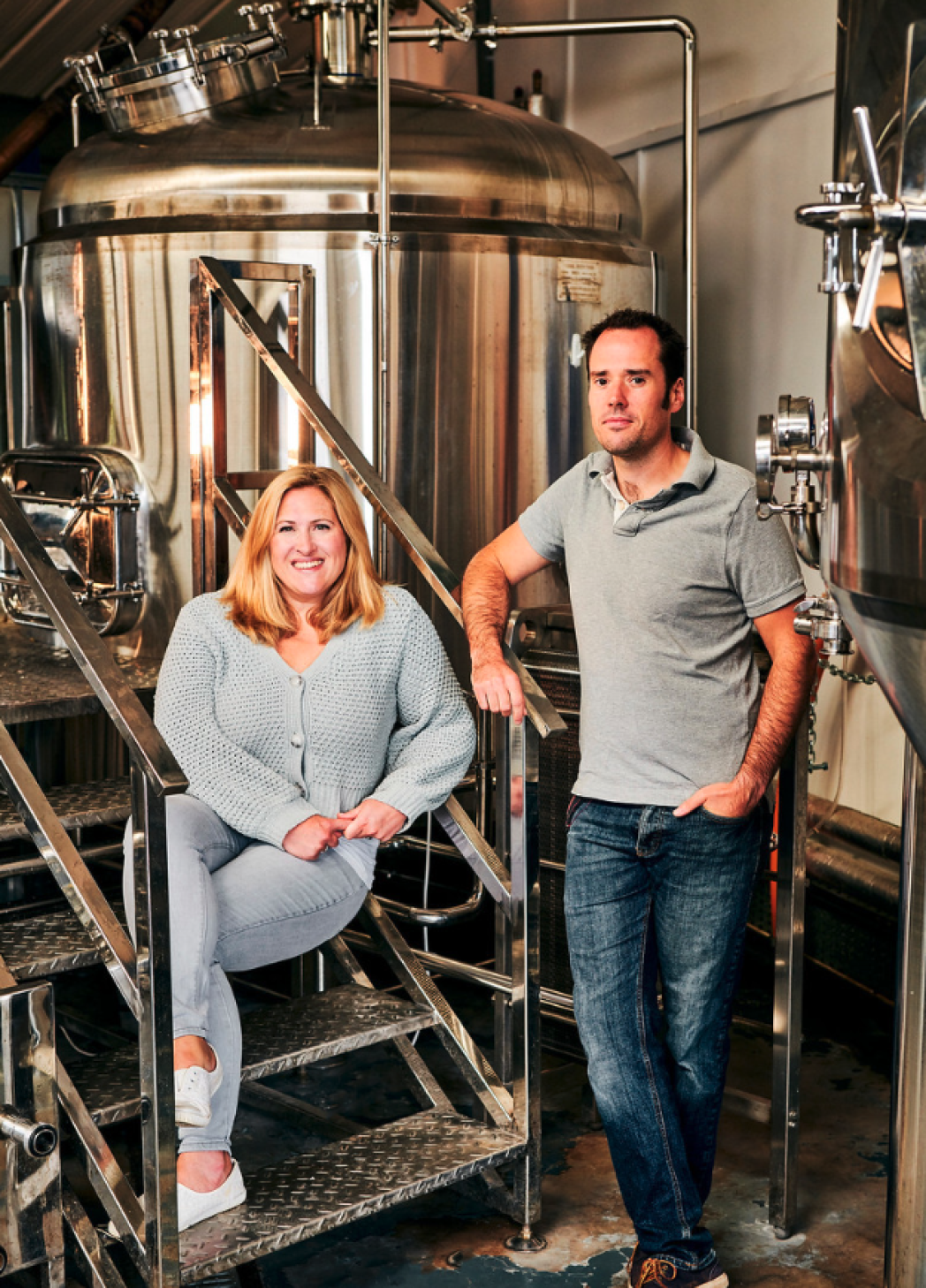 Two Drifters is the brainchild of Russ and Gemma Wakeham, who are realising their dream of producing an artisan rum with impeccable green credentials. We spoke to Russ to find out more.

Rum has always been a feature with us, the Two Drifters – that’s Gemma and I, a husband-and-wife team. Our first date was a rum tasting, and our honeymoon was in St Lucia; it’s always been a spirit we’ve enjoyed.

Then there’s the other aspect – it’s not made very much in the UK, and it’s challenging to make, which appealed to us. Everyone else seems to be making gin, but for us it was always going to be rum – that’s where our passion is.

So why is rum harder to make than something like gin?

In England, it’s expensive to make it from scratch. In many cases, it’s shipped in, flavoured and bottled here and then described as British rum. They’re very much cheaper than what we can do.

If you want to make it from scratch like we do, with the molasses, it will cost more. What it means is that you have to maximise your ingredients, and get as much out of them as you can. That’s why it’s difficult. It’s easy to ferment anything, but to ferment it well, get lots of alcohol out of it and have it taste good is harder.

How has your academic research into carbon capture and storage helped inspire your business?

When you’re working in academia, you want to spread the word about what you’re doing to as many people as possible, but you end up talking to lots of the same type of people. In order to get out of that echo chamber, I find it’s easier to bring alcohol to the party; people will listen to you then! It’s a way to talk about the environment while enjoying the product.

The hard part about talking about carbon is that you can’t visualise it – you can’t see a big pile of carbon waste. It’s easy to see landfill, or plastic waste harming marine life; the emotional response from seeing that means that people will act; they’ll stop using disposable drinking straws, for example. It’s much more difficult when there’s no pile of anything you can see, and there’s just people telling you “the planet’s getting warmer” – it’s hard to relate that to your everyday life.

If you’re immersed in the world of carbon capture and storage, it’s too hard to set up a business in good conscience and not do anything about it. Instead, I wanted to use some of the tools I’d been working with in my research.

I met Clime Works, the company we offset with, at a conference, and was blown away by what their technology does. Not every business can offset with them right now, because it’s very expensive, but also the more people that do it the more investment there’ll be in these technologies, and prices will go down.

Tell us about how you’ve become a carbon negative business?

We are the first distillery with a carbon negative footprint. There’s a lot of distilleries who now claim to be, but I’m not really sure if planting trees counts as being carbon negative. It’s important to us to explain why we use the label ‘carbon negative’.

Clime Works do direct air capture and conversion to stone and physical removal that way – it still takes two years as a process, but it’s stored underground, whereas it will take a tree about twenty years to absorb two tonnes of carbon dioxide, and so it has to survive that entire lifetime; it can’t get burnt, or be cut down and used in another process.

Clime Works is a super expensive process – it costs us 800 Swiss francs per tonne of CO2 to remove. At such a high cost, we are super-focussed on getting our bill down; we spend a lot of time trying to avoid using CO2 at all.

The distillery itself is fully electric and run on zero emissions energy (solar, wind, tidal). We also have an electric van for local deliveries, which is charged on the renewable energy. We use a carbon neutral delivery partner.

We use British glass for our bottles, which reduces mileage, and natural cork for the stoppers. The tamper seal is made with cellulose instead of plastic, the labels from sugar cane fibre. Those decisions bring down the CO2 footprint enormously.

We’re always looking for ways to do more, such as improving the efficiency of our distilling process, such as water usage.

What’s the future for Two Drifters?

We’d love our business to be a place for research, perhaps with PhD students. At the moment we have an intern working on carbon capture, which is the beginning of that process.

Ideally we would like a destination distillery. Because we are in a rented unit at the moment, we can’t influence what the walls are made of, or stick solar panels on the roof or anything like that. It would be good to have a place where we can reduce the carbon footprint and be able to showcase other technologies. That’s the big goal.

As a business, the goal is to have 1% of the UK rum market in the next five years. Part of that is building bigger capacity, which is another reason for the destination distillery. We want it to be a place where groups can see how our rum is made, and showcase interesting ways to save the planet.