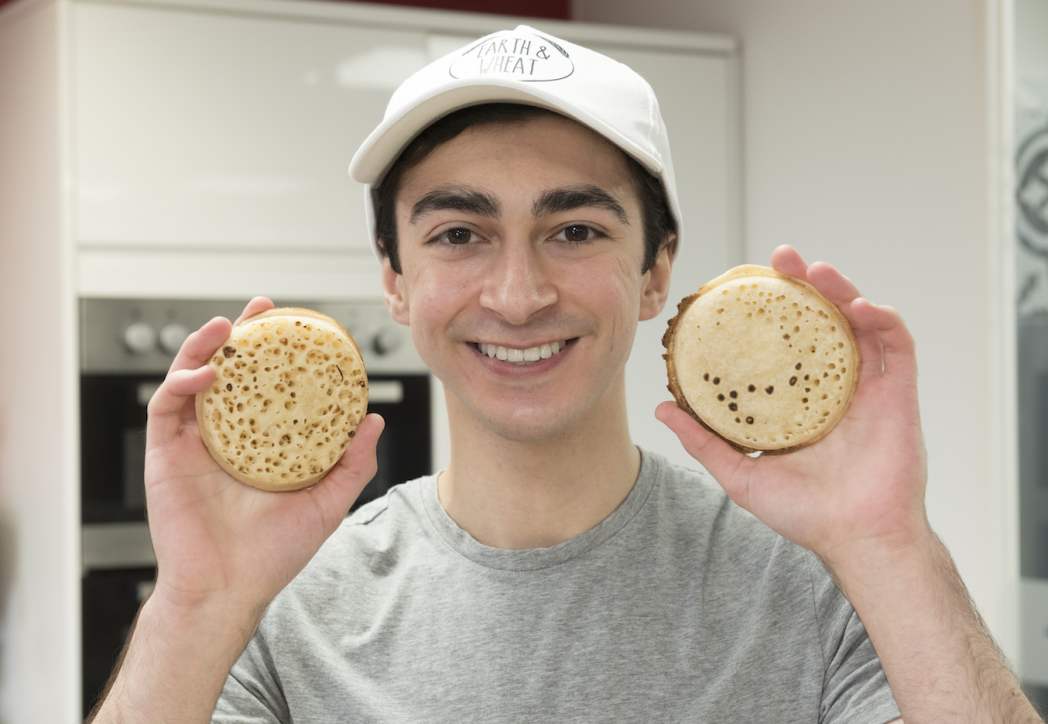 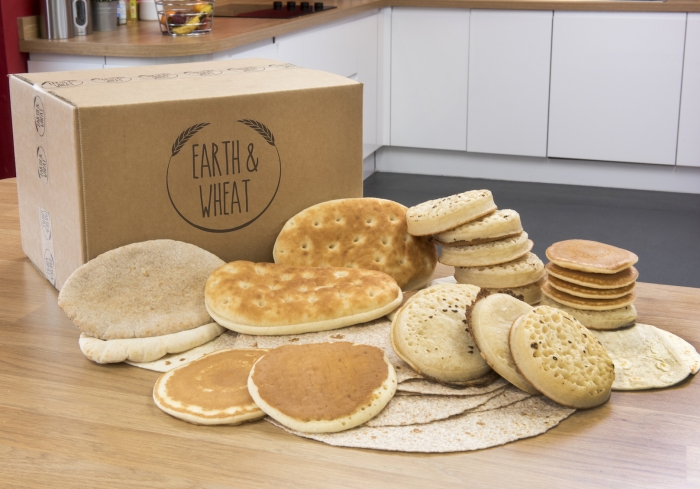 When James Eid first got involved with Signature Flatbreads, set up by his grandfather Dr Samir Eid in 1984, one of the first things he noticed was how much of it was thrown away.

“Customers drive the standards of production. Historically, they’ve liked their products to appear completely uniform, and they complain when they aren’t, “ he explains.

“With crumpets, for example, every so often batter will seep out of the mould and will create a ridge, known in the industry as an elephant foot. Or it might have fewer holes than usual. It tastes exactly the same but it won’t meet the quality standards. It’s the same with the tortillas we make. Sometimes you get one that’s slightly larger than the eight inches we’ve specified, and then it won’t fit in the packaging,” he adds.

If food waste was a country, it would be the third largest consumer in the world. Bread is the second most wasted food in the UK; around 24 million pieces are thrown out every day. So James decided to do something about the problem. He set up a company, Earth & Wheat, in order to rescue and distribute surplus bread.

James hit upon the idea of a ‘wonky bread’ subscription service, drawing inspiration from ‘wonky veg’ box schemes. He rescues the bread products from Signature Flatbreads that would otherwise be thrown away, and redistributes it.

The box, which costs £6.99, is packed with a random assortment of flatbreads, naan, pittas, crumpets, buttermilk pancakes and more.

James has estimated that each box of rescued bread saves around 3240 litres of fresh water and 3053 grams of CO2 from going to waste.

For every box that’s ordered, Earth & Wheat donates the equivalent of a meal to UK food banks to help fight food poverty. The Felix Project has received more than 10,000 meals from them so far.

In the future, James wants to continue educating customers about the importance of reducing food waste. He also wants to get other bakeries onboard, so they can be part of the solution too.

He’s recently recruited the innovative, low-waste chef James Strawbridge to create recipes showing customers how to cook with their bread subscription products. We particularly like the look of the chilli bacon crumpets!

“Wonky doesn’t mean bad, it just means it doesn’t fit specifications,” James say. “But people are beginning to realise looks don’t affect the taste of something. It’s great to find an increasing consumer awareness that wonky should be embraced!”