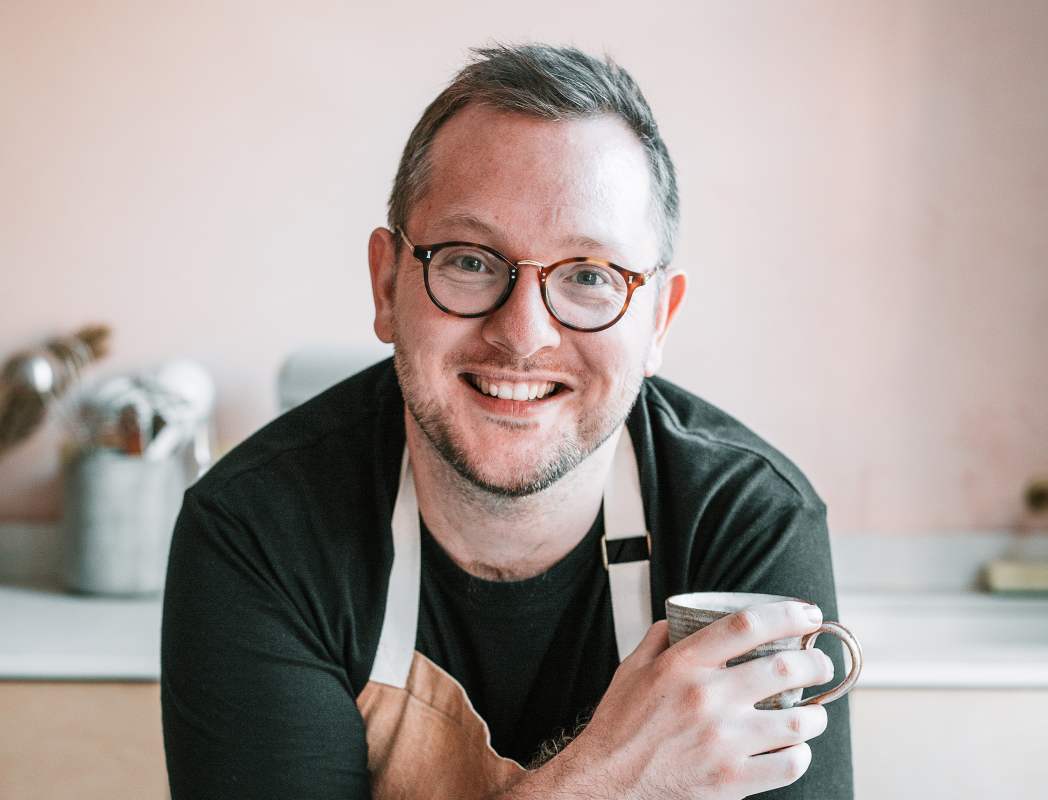 Edd Kimber won the inaugural Great British Bake Off, and has since become an expert in all things baking; writing multiple books, recipe features and appearing on national television. His mission: to demystify baking, and make it as accessible as possible. We had a chat with him to find out more.

How did you start baking?

It’s a bit of a clichéd story, but I grew up baking with my mum and grandma. When I left university, I still had no idea what I really wanted to do. I applied for catering college, but was turned down, so I began teaching myself. I ended up working in a bank, which I hated. But then I saw an advert for Bake Off, applied and ended up winning!

How important was Bake Off to your career?

I entered Bake Off eleven years ago, when it was far less well known. Of course it helped me, but I’ve also worked very hard and done a lot since then to be successful – I’ve published four books! Some Bake Off contestants just end up going back to their old lives, but I was keen not to do that.

And you’ve just written a fifth book! Can you tell us a bit more about that?

Last year, during lockdown, I wrote a book called One-Tin Bakes. There are a lot of barriers to baking, including specialist equipment, so all the bakes in the book can be made using one baking tin. I was nervous when it came out, but it really hit a chord. I heard from people who had never baked before, but now felt able to try it.

My most recent book is almost like a sequel to that. It demystifies a lot of the processes behind baking; it has a lot of very simple recipes, but with tweaks that make them a bit more interesting. It’s all about one tin bakes, but the tin is used a little more creatively. For example, I used it to make a homemade Arctic Roll.

We noticed that there were lots of recipes in the book that were very nostalgic – would you say that’s part of your baking style?

I wouldn’t say I have a particular baking style, aside from the fact that I don’t like making big, overly decorated cakes. I actually find decorating cakes slightly tedious – for me it’s flavour first, appearance second!

However, I do love playing around with childhood food, like the Arctic roll – I’ve never actually tried one, but it’s really fun to try and recreate something that industrial. In the book there’s also a recipe for Wagon Wheels. I used to love them as a kid, but when I tried one recently, I was really disappointed. I decided to remake it to evoke those childhood memories. I had wanted to make homemade marshmallow but we thought that might be too complicated; shop-bought ones work really well, though.

Another thing I love to do is to add a really simple twist to classic dishes. I love treacle tart but it’s way too sweet. I have a memory of trying honey pie in America – it was cut through with lemon, which really helped balance the dish. I decided to try doing that with treacle tart, and add a bit of salt; it’s delicious!

Why is removing barriers to baking important to you?

Because baking is such a good stress reliever! Not only is it great fun, it’s also delicious. I always wondered why people didn’t want to bake – now I know it’s because they’re are worried it might be complicated. I really want to demystify it and make people realise it’s achievable; I want to be the person evangelizing about it!