How To: Make Perfect Pickled Onions

Pickled onions are a British delicacy, whether it’s as a piquant addition to a Ploughman’s or a chip shop favourite. We spoke to Nick Vadasz, ‘The Pickle Man’ and creator of Vadasz Deli to find out how to make the perfect batch

1. Select your favourite type of onion

“When you think of pickled onions, you may think of tiny white balls, floating around in a dark and misty jar of malt vinegar,” says Nick. “But in fact, there are many more varieties out there than white onions. Our horizons are now broader than the onions our grandparents would have enjoyed with their fish and chips, as delicious as they may be.”

“Chip shop pickles are usually Silverskin onions, but yellow onions – also known as a type of Spanish onion – can be pickled too. Rather than using them whole, simply chop them into slices before placing in your pickling liquid.

“Perhaps my most favourite is the pickled red onion,” adds Nick. “These become fantastically tangy and crisp when pickled, making them an excellent complement to barbecued burgers, spicy Mexican fajitas, and of course, a creamy Cheddar sandwich. If you’ll be returning to work soon, I highly recommend that you make these part of your wrap, salad or sandwich, because they’re ideal for introducing a pop of colour and flavour and taking packed lunches to the next level.”

2. Choose what kinds of vinegar you would like to use

Chip shop onions are traditionally placed in warm pickling liquid that consists predominantly of malt vinegar and water. However, these days we have many different types of vinegar that can be used for pickling, each one offering up a different flavour profile.

Rice wine vinegar has a clear, clean profile. It works well with quick pickled onions, especially sliced red onions, as it highlights their flavour and their colourful hue.

Meanwhile, balsamic vinegar is both sweet and smokey, which will lend a delicious flavour to the onions. Apple cider vinegar also has a distinct appley flavour which Nick says pairs well with shallots.

“I’d suggest tossing in a few mustard seeds, bay leaves and some sea salt to the jar along with apple cider vinegar,” he explains.

You can even experiment with using a mixture of vinegar types.

3. Select a blend of pickling spices

In the red onion recipe that Nick uses for his range, he’s added fennel and coriander seeds, plus some satisfyingly spicy whole black peppercorns. He believes this combination brings a warming element to the fresh tang and crunchiness of the red onion slices.

However, he adds, “You don’t have to stop there. Chilli flakes, fresh herbs like rosemary, maple syrup, a garlic clove and even jalapenos can be included. In fact, you can pickle almost anything,” Nick says.

Use Nick’s recipe for British Banger Pickled Onions as a starting point, and from there experiment with different types of pickling spices and vinegars. 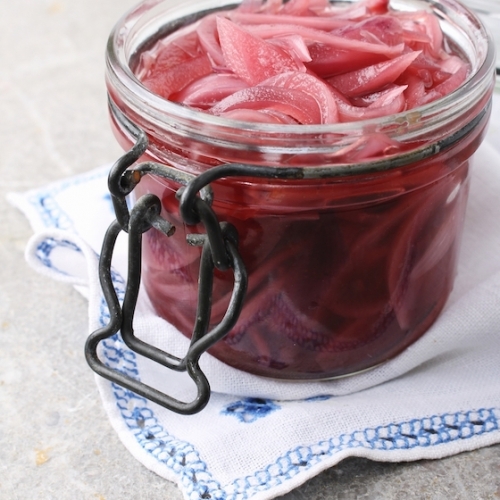 Start the pickling process by mixing the salt and onions together in a large bowl and leave for around 10 mins.

Make the pickling mixture. Mix the vinegar, water, maple syrup, Worcestershire sauce and soy sauce in a bowl and add the celery, peppercorns, coriander, and thyme.

Combine all the ingredients together and leave for 15-20 mins; this helps to draw out more brine.

Pack into a mason jar or container and refrigerate – or eat straight away. Great with sausages, a ploughman’s, macaroni cheese and roasts! 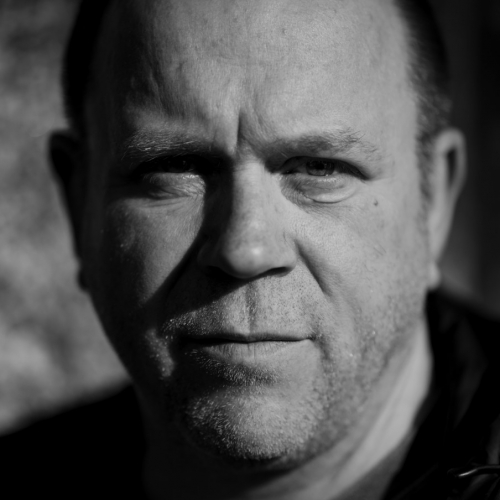 Initially starting out as a trader at London’s food markets, Nick’s pickles are now sold in retailers nationwide. Vadasz Deli’ range is an eye-catching range of pickles and ferments that can be found around the country in stores including Sainsbury’s, M&S and Waitrose.

Finally, here's why you should pickle onions!

As well as tasting great and being highly versatile, pickled onions can help us be more sustainable.

“Fresh foods lose their flavour and can go off quickly – which is part of the reason why UK households waste 4.5 million tonnes of food every year,” Nick explains.

“Pickling can help us avoid this by increasing the shelf life of food, whether it’s vegetables, meat or eggs. Our ancestors knew this and that’s how they were able to make the most of what they had and enjoy foods out of season. In fact, when my family left Hungary in the last century, legend has it that they took a jar of pickles with them for the long journey.

“Now we have refrigerators and freezers, we’ve forgotten this art – but with so much going to waste, it’s time we got to grips with it again. Even the brine in foods like pickled onions can be enjoyed, just spoon it over a salad or stir into a Gibson – a refreshing take on a martini where salty olives are swapped for a pickled onion garnish and fresh juicy flourish.

“From fish and chip shops to cocktail bars, there really is a pickled onion for every occasion, and they’ve never been more relevant than now, when we’re looking at ways to be healthier and more sustainable in the kitchen. They’re a great British classic in my opinion, and will, quite literally, never go out of season.”