Fish Doesn’t Have to Be Square 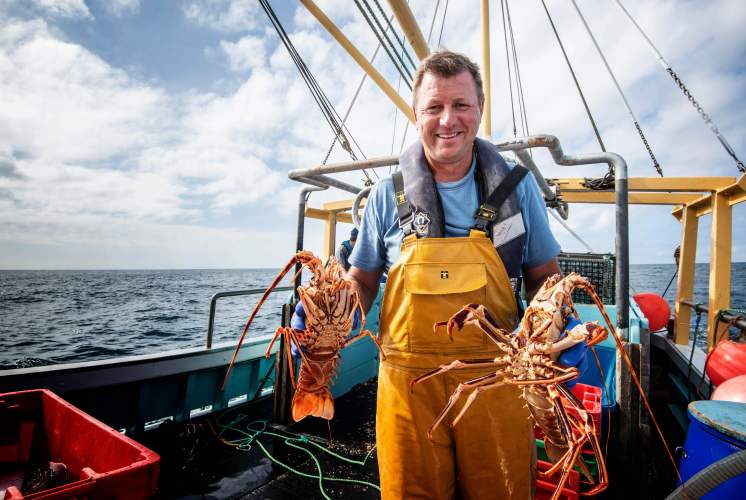 It’s time to move away from staples like cod and prawns, and enjoy a culinary exploration of the diverse species fished from British waters

The ‘Big Five’ isn’t the name for a pop band. In fact, it refers to the species of sea creatures most commonly eaten in the UK: cod; haddock; tuna; salmon and prawns. They make up around 75% of the seafood eaten in the UK.

“For a long time now, we’ve been trying to stimulate demand for different types of fish,” explains Paul Trebilcock, CEO of the Cornish Fish Producers’ Organisation.

A fantastic diversity of catch is fished from British waters, including scallops, whiting, lobster, pollack, sole, brill, turbot and so much more. But most of it is exported abroad; at least, it was until recently.

“The market has been fragile in recent months, in the wake of Brexit and the lockdowns,” Paul says.

“Brexit was promoted to fishermen as an opportunity to take back control and secure a relatively smooth continuation of market access. However, in reality, neither of these were delivered. Although tariffs might have been avoided, UK fishermen are now subject to an unprecedented amount of red tape and additional costs, such as export health certificates.”

With exporting becoming increasingly difficult, and demand for fish from markets and restaurants having shrunk, UK fishermen face challenging times.

To counteract this, many key players in the UK – from celebrity chefs such as Mitch Tonks and James Strawbridge, to organisations such as the CFPO – want to promote Great British fish to a domestic market.

Seafood Cornwall, the marketing arm of CFPO, has recently embarked on a scoping study to assess the feasibility of increased domestic consumption of two of the UK’s most underloved species: megrim sole and spider crab.

As part of this exercise, it is exploring ways to make these species more attractive to consumers. Its ‘rebranding’ of megrim sole to Cornish sole and spider crab to Cornish king crab recently gained widespread media attention.

“If you haven’t tasted Cornish sole before then you are seriously missing out!” he enthuses.

“It’s not only yummy but also more affordable than many other popular flatfish. For me it’s an underrated fish that has a super delicate quality and pairs extremely well with citrus, aromatic herbs and gentle spices.”

“So far, my favourite way to cook it has to be roasted on the bone with a simple parsley and caper butter, but I look forward to experimenting over the coming months and sharing lots of recipes and new serving suggestions.”

Paul is aware, however, that it will take more than this to convert the British public.

“We’re not naïve – we know it won’t be easy,” he says. “It’s not easy to challenge inertia. One of our biggest questions is: why don’t retailers stock a broader range of fish?”

However, the organisation has successfully helped stimulate demand for other fish in the past, such as hake, which increased in volume in British waters as quotas for cod were shrinking (global warming was making them to migrate to warmer waters). As a white fish, it is becoming an increasingly popular substitute for cod.

Furthermore, there are some fantastic books being published that will give you lots of inspiration on how to prepare and cook British seafood. These include For the Love of The Sea, compiled by Jenny Jefferies, and Mitch Tonks’ Rockfish.

Why not visit your local fishmonger and see what they have for you to experiment with?

Seafood Cornwall wants to connect the general public to Cornish fish merchants. For a list of merchants currently operating fish and seafood deliveries, click here. Meanwhile, Discover Seafood is an interactive map of the UK enabling users to explore different ports, retailers and the species they sell.