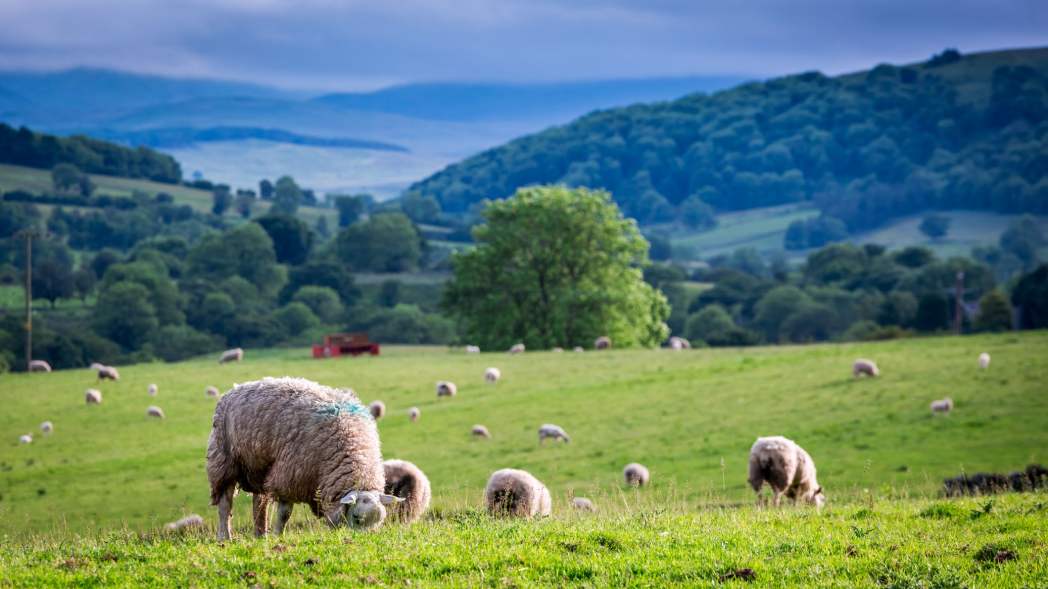 With the UK’s controversial Agriculture Bill currently being debated in the House of Lords, British farmers are rightly concerned about British food welfare standards post-Brexit. Here Darren Henaghan, managing director of Borough Market, explains the pros and cons of the bill - and what it could mean for shoppers

Last month’s parliamentary vote may have, understandably, been denied bandwidth by the coronavirus crisis, but the current circumstances make this debate even more relevant with its far reaching impact on food, farming and public health. It is essential that we keep a renewed focus now that the bill has had its second reading in the House of Lords.

There are some elements of the bill that are hugely positive. One of its main aims is to replace EU agricultural subsidies, which primarily reward scale, with a new post-Brexit model that instead rewards environmental responsibility—and there are very few people, including most farmers, who don’t think that’s a good thing. The main problem is what was left out.

Making British agriculture more sustainable is an admirable aspiration, but it’s one whose power will be greatly diminished if we simultaneously open our doors to low quality food imports from countries whose standards of animal welfare, environmental protection and food safety fall below those of the UK and Europe.

Ministers have brushed off criticism from the National Farmers Union, among others, by insisting that the issue will be addressed in a future trade bill. The government’s recent election manifesto included a clear commitment to maintaining food standards, but its refusal to give substance to that commitment at the first opportunity speaks volumes.

The depressing likelihood is that food standards will soon be sacrificed on the altar of a hard and hasty Brexit, destroyed by the weak hand we have to play in trade negotiations with the rest of the world, most notably the USA. The results could be disastrous.

When cheap, bulk produced food begins to flood in, we know full well that most supermarkets and chain restaurants will have no compunction about clearing their shelves and stockrooms to accommodate it—in part, it’s the relentless drive from big retailers to push food prices down, and the resultant intensification of food production, that has made the need for a more sustainable approach to agriculture so pressing. The same British farmers and food producers we’re meant to now be incentivising to improve soil maintenance, carbon emissions and animal welfare will find themselves undercut, and the more responsible they are the more dramatically undercut they will be. That can’t possibly be right.

Consumers will also suffer, and as is so often the case it is the poorest, the people with the fewest options, who will suffer the most. Marie Antoinette’s apocryphal solution to food poverty was “let them eat cake”; there’s a danger of ours morphing into the even more disturbing “let them eat chlorine-washed chicken”.

Borough Market is intimately involved with charities and social enterprises that work within our community to confront some of the glaring iniquities around access to good food, and none of those organisations would suggest that the solution to modern hunger is cheaper, lower quality, industrially processed food packed with chemicals and empty calories. The fight against food poverty is an urgent one, but it will only be won by ensuring that every single person has access to the means, skills and local infrastructure needed to do what others take for granted: feeding themselves and their families with fresh, nutritious ingredients.

Disproportionately, Covid-19 is affecting people who have co-morbidities linked to poverty and poor diet: obesity, diabetes, hypertension. There are many others factors at play, of course, but no one could convincingly claim that nutrition isn’t among them. If ever there was a time to look hard at the quality of food that is pushed onto the British public and find ways to force standards up rather than down, surely this is it.

The ‘Borough Talks – Agricultural Bill’ will take place via Zoom at 1.30pm on Wednesday 17th June allowing the panellists to respond to the second reading of the bill in the House of Lords on Wednesday 10th June. To register for the free Zoom talk go to bit.ly/BTAgriBill. The talk will be moderated by Angela Clutton, food writer and host of the Borough Market Cookbook Club. https://boroughmarket.org.uk/events/borough-talkse.