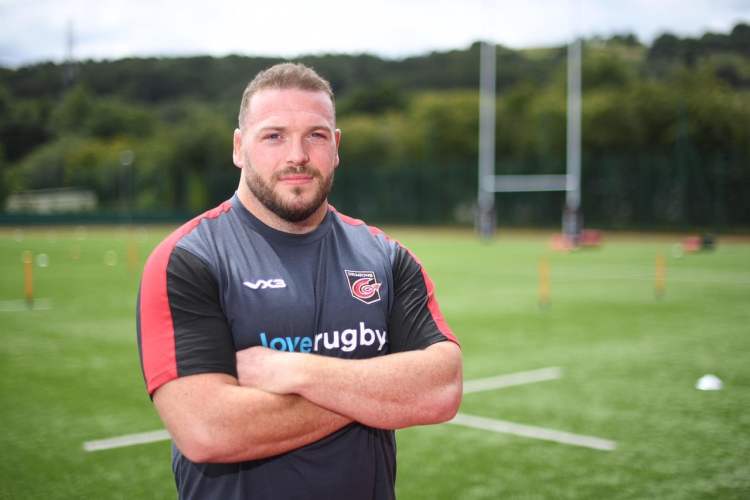 In 2019, he used Instagram to talk publicly about the battles he had been fighting with anxiety and depression following a series of negative life events.

‘At my worst, I found myself finding tasks needing to use up my anxious energy – like painting my garden fence at 04:00am and planning, reading books, writing lists etc. Then, take more sleepers, another drink or anything so I wasn’t staring at my ceiling in the dark,’ the post reads.

It details Greg’s journey with medication and therapy, and shares some observations on slowly improving his mental health.

Being this candid takes courage.

‘Before posting this I thought “I’m probably going to feel like a dick, but I’m going to try it and see what happens,”’ he explains. ‘I just wanted to reach out and see if I could help people by detailing my experience.’

The response was overwhelmingly positive, both from the rugby world and further afield.

The importance of talking

Greg’s first step towards recovery was finding an activity that took him out of his head and allowed him to shift his focus elsewhere. For him, it was his hobby of brewing craft beer, which gradually became a passion.

He even collaborated with a couple of craft breweries to develop his first two beers, ‘Legend’ and ‘Short & Stout’, arriving at the point where he was ready to start a small business.

The other thing that helped him was talking to friends and family about what he was experiencing.

‘A lot of conversations took place in the pub, over a pint. Beer is a social glue – it gets people talking,’ he says. ‘And it occurred to me; what if every time we had a drink, we really made it count?’

Greg decided that he wanted his new beer brand to stand for something important. So he and his company, People’s Captain, are on a mission to raise £1 million for positive mental health.

People’s Captain offers a range of five sessional beers. Our personal favourites are ‘Islander’, a New England American Pale with fruity, tropical notes and ‘Short & Stout’, a milk stout with a malty taste and notes of blueberry.

The labels have been designed by street artist Nathan Bowen. Greg walked past one of Nathan’s tags in Hackney and was able to contact him via his featured Instagram handle.

A percentage of the beer sales will be used to support The People’s Captain Foundation, which donates money to mental health initiatives.

‘We wondered whether we should set up our own charity, but there are so many mental health charities out there already doing amazing work, with proven effects,’ Greg explains.

‘Raising awareness of mental health is important. But my worry is that although we are becoming more aware, what do we do with that increased awareness to effect change. So we’ll be setting up a community engagement fund that can help the organisations that really go out of their way to provide for people.’

Greg hopes that his beer will get people talking about mental health, and that the money it raises will continue to brew positive change. 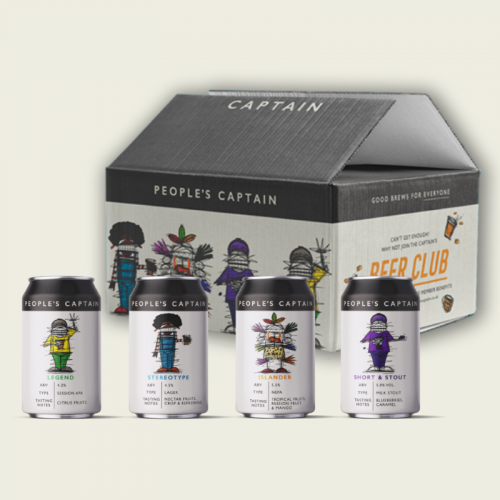