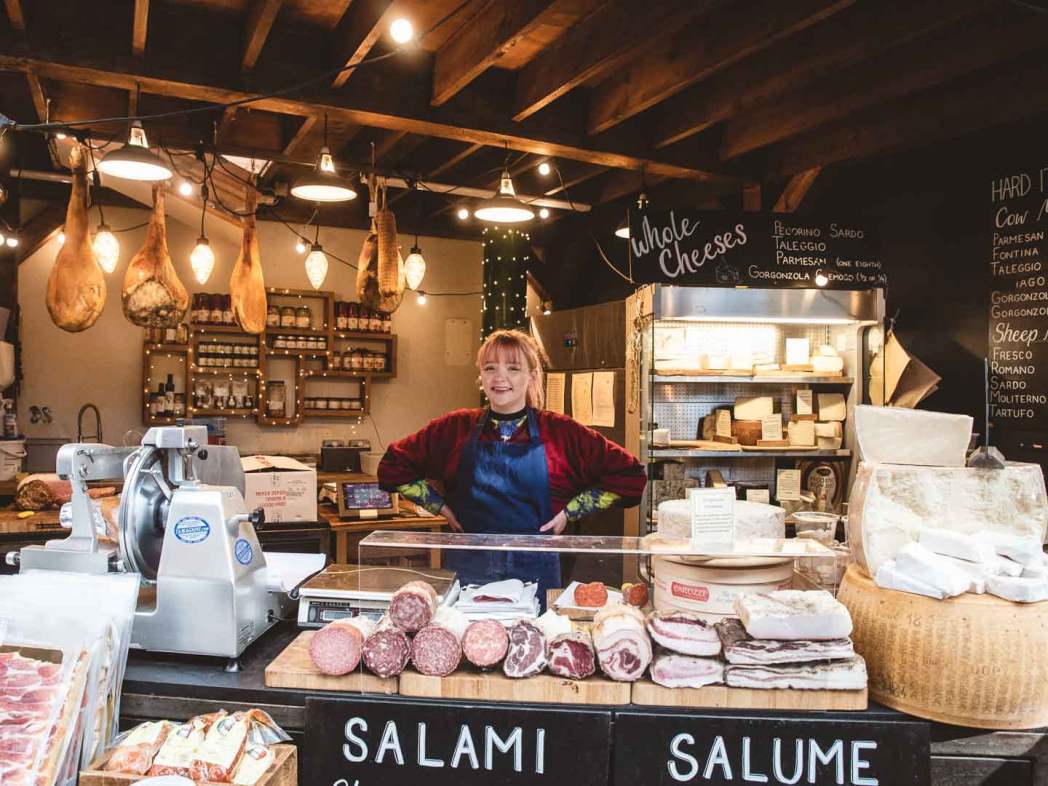 Borough Market Diaries: why Mozzarella is the perfect summer cheese

“We get our mozzarella from a small producer called Il Caseificio Polito,” says Esther Crouch of The Parma Ham & Mozzarella Stand at Borough Market, pointing to the area of the stall where the cheeses sit on display, holding the attention of several very interested shoppers. “It’s a small family business based in Agropoli, in the Campania region of southern Italy. It’s run by two brothers who have a herd of buffalo that graze only about a mile away from their shop. They only use the milk from their own herd to make the mozzarella, which is quite a rare arrangement these days.”

Mozzarella is a stretched curd cheese, a style known in Italy as ‘pasta filata’ – ‘spun paste’. In this process the cheese curds are heated in water at 70-80C, stretched into strands, then kneaded into shape. “One of the things that really sets the Polito brothers apart is that their mozzarella balls are still shaped by hand,” Esther explains. “So many other producers have brought in machines to do the job. Not only do we like supporting this kind of artisan production, we think it is one of the things that makes their cheese so good.”

The result is that the mozzarella achieves the perfect balance between staying moist and having a pleasantly firm texture. Some mozzarellas can be very wet, making them difficult to handle, while others are too dry, losing that wonderful creamy texture. “Personally, I think that buffalo milk makes the best mozzarella because of its high fat content and the nature of that fat – it just seems to give flavour to the finished cheese,” Esther continues. “I think that one of the best things about this cheese is that you can really taste that’s it’s buffalo milk. This might sound a bit obvious, but we sample a lot of buffalo mozzarella and that flavour often gets lost. Some are too salty, others too bland.”

Generally speaking, the fresher the cheese, the better it will be. Mozzarella made in Campania on Monday is driven directly to Borough and arrives early Friday morning, with customers regularly timing their trip to the Market to buy the cheese at soon as it lands on the stall. “I personally prefer it after a few days when the flavours intensify a bit,” Esther says with a smile. “But it is amazing when fresh. Some people swear that it’s at its best when still warm from being made, but I haven’t tried that yet!”

Key to enjoying the cheese is to keep it in the liquid as much as possible. If you’re not going to use it all at once, save the liquid and store the rest of the mozzarella in it. That will keep it in the best possible condition for longer. When it comes to using it, keep it simple: “A great way to taste our mozzarella at its best is in a classic Italian caprese salad, made with sliced fresh mozzarella, ripe tomatoes and sweet basil, seasoned with salt and olive oil.”