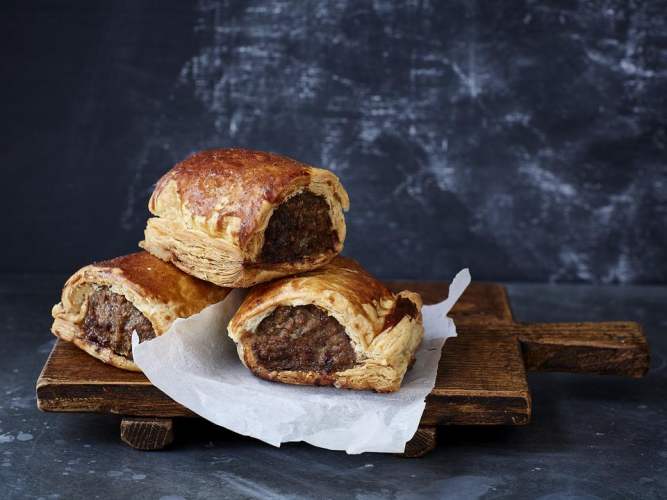 There’s a common assumption that at times of crisis like this it pays to be big. Ginger Pig’s recent experiences would tell you that’s not always true. In the fourth of a series of weekly columns, Darren Henaghan at @boroughmarket discovers how the London butcher has been surviving and thriving under lockdown

Though the loss of its wholesale business and butchery school has been a major blow, the uptake in retail both in person and online has been significant, owner Tim Wilson explains. It’s been a logistical challenge—“we can only fill so many online orders a day, and not many people want to order meat a month in advance”—but Ginger Pig’s relative buoyancy in a meat industry that has elsewhere been plunged into crisis is testimony to the power of small.

Ginger Pig processes around 20 whole carcasses a week through small, independent abattoirs, then butchers them at its own shops in a way that meets local demand. At the other end of the scale, industrial-scale processing plants slaughter and cut up hundreds of animals, then send those cuts to high street retailers and food services. Lockdown hit those large processors hard—social distancing proved difficult to implement, and the suspension of the food service outlets which took meat from less valuable cuts upset the entire model.

Supermarkets still wanted prime cuts, but “you can’t kill just for prime cuts; that’s only half the carcass,” says Tim. “Anyone can sell fillet steak or bacon, but you can’t keep killing pigs for bacon. With every animal there’s a certain amount that has to go into processing or catering.”

Beef forequarters are best suited to minced beef, for example— but with burger joints closed or operating on a restricted basis, the national market for mince contracted considerably. “If you’re killing 500 heads of cattle, that is a lot of forequarters, and a lot of mince.” As a result of this, many large processors had to either close or cancel huge swathes of orders, at great cost to farmers who could neither sell nor stop feeding their animals.

It’s all about control, says Tim. Borough Market’s butchery stalls, which either rear their own animals or source them from other small-scale farmers, have proved so much better at balancing supplies. A good local butcher has the “knowledge of their stock, and their customer base” to nudge customers toward purchases that meet their needs, while ensuring the whole carcass ends up being used: Mrs Smith might opt for sausages instead of bacon for Sunday’s breakfast; Mr Cohen could be persuaded to have burgers as well as steaks for the barbecue.

Then there’s the deli counter, with homemade pies, pâtés and pastries that “use up a lot of that forequarter meat in a delicious way”. Ginger Pig can’t do much for the intensive farms that are bearing the brunt of all this, but it has been able to support small farmers who match its exacting standards of welfare and quality. “There are a lot of people we wouldn’t take meat from, but we need good meat. We’re keen to help,” says Tim, who has tried to reconnect with struggling farmers who have supplied him in the past. In the long term, his hope is that the crisis serves as a salutary lesson in farming practices, supply chains and meat processing, and that “when we go back to normal, some of the better practices will endure”.