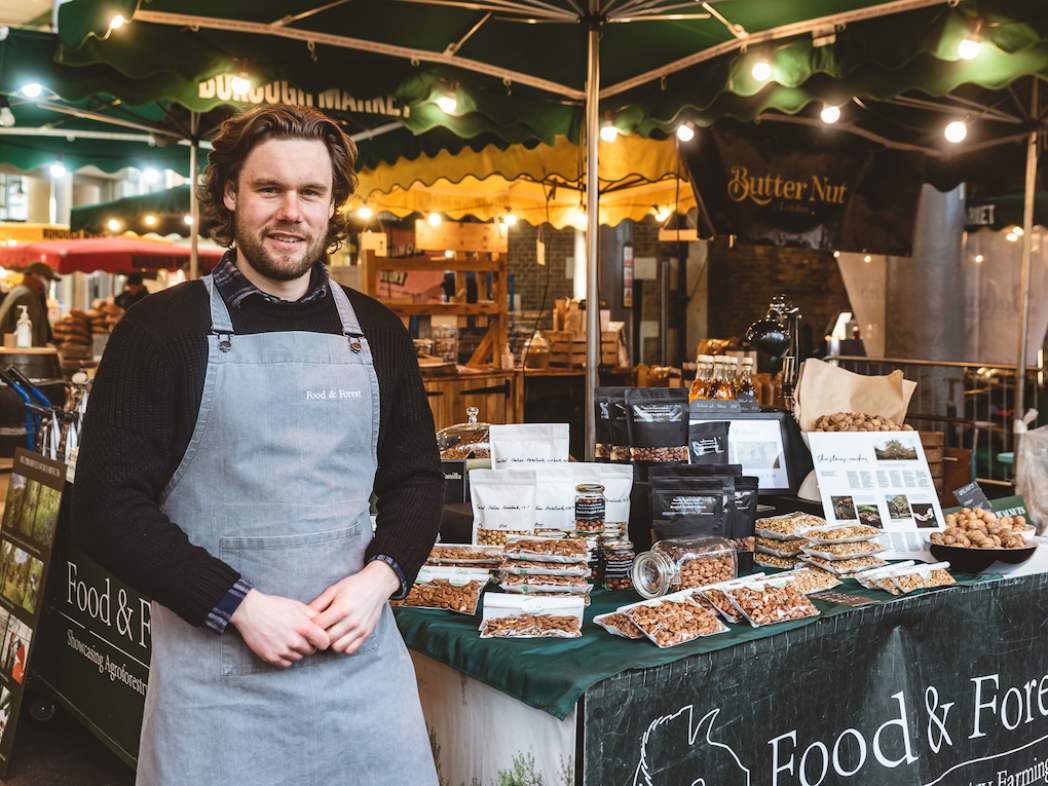 Kentish cobnuts are creamy, rich and delicious, and they’re in season now!

“A cobnut is a type of hazelnut,” says Charles Tebbutt, founder of Borough Market’s Food & Forest. “That’s the simple answer to what is probably the most common question I get asked on the stall!”

There are lots of different species and varieties of hazelnut, each with its own characteristics. Even within Britain, which has lots of microclimates and soil types, a variety that struggles in one part of the country might thrive in another.

“On top of that, hazelnuts from other countries can be significantly different again,” Charles explains. “On the stall we showcase the difference between Kentish cobnuts and an Italian variety called Tonda Gentile. Tonda Gentile are high in polyunsaturated fat, giving them really creamy texture and a rich, delicious taste. Whereas Kentish cobnuts are closer in character to an almond, with a crunchier texture but a kind of piquant sweetness.”

Our conversation takes place in the middle of a beautiful orchard in Kent on the first day of the cobnut harvest, which, it turns out, is extremely short. “It’s 1st September today, and we will harvest for about two weeks. That’s the main picking season here. If you leave cobnuts on the trees for much longer you start losing catastrophic amounts to squirrels, which can genuinely be the difference between the year’s crop making or losing money.”

For the first three weeks of September, these cobnuts will be on Charles’s stall in their fresh state – something that many people are not widely familiar with. “Right now, they’re super fresh, super creamy, with a kind of milky sappiness to them,” he says. “They have a lightness which is not there in dried or roasted nuts. I really like them. I find them refreshing, with a distinctive taste. But they have such a short window.”

Once the season is over, the stall offers dried and roasted cobnuts. Dried cobnuts have a more intense sweetness with less of the milkiness of the fresh nuts, closer to the familiar hazelnut flavour. However, Charles thinks that these nuts really come into their own when they’ve been roasted.

“Roasted cobnuts are fantastic – roasting them creates more layers of flavour, really bringing out their sweet notes. It makes them great for cooking. We sell roasted cobnuts to bakeries for their cookies, cakes and patisseries. I’ve known people make dukkah – a Middle Eastern condiment made with herbs, nut, and spices – which I found really interesting. One of the stallholders at Borough Market uses them in vegan salads and another makes a wonderful dish of cobnuts, lentils and butternut squash. Personally, I like a bowl of good Greek yoghurt and some great honey, with roasted cobnuts sprinkled on top.”

If you are tempted to buy some cobnuts for the first time, Charles says the main thing is to keep them in an airtight container. “It’s humidity that can spoil them. The fresh ones can benefit from being kept in the fridge, but as for the others, as long as they are kept in airtight containers and out of direct sunlight, they will be fine.” 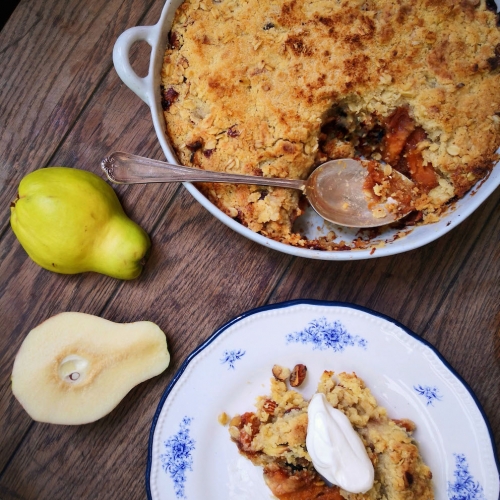