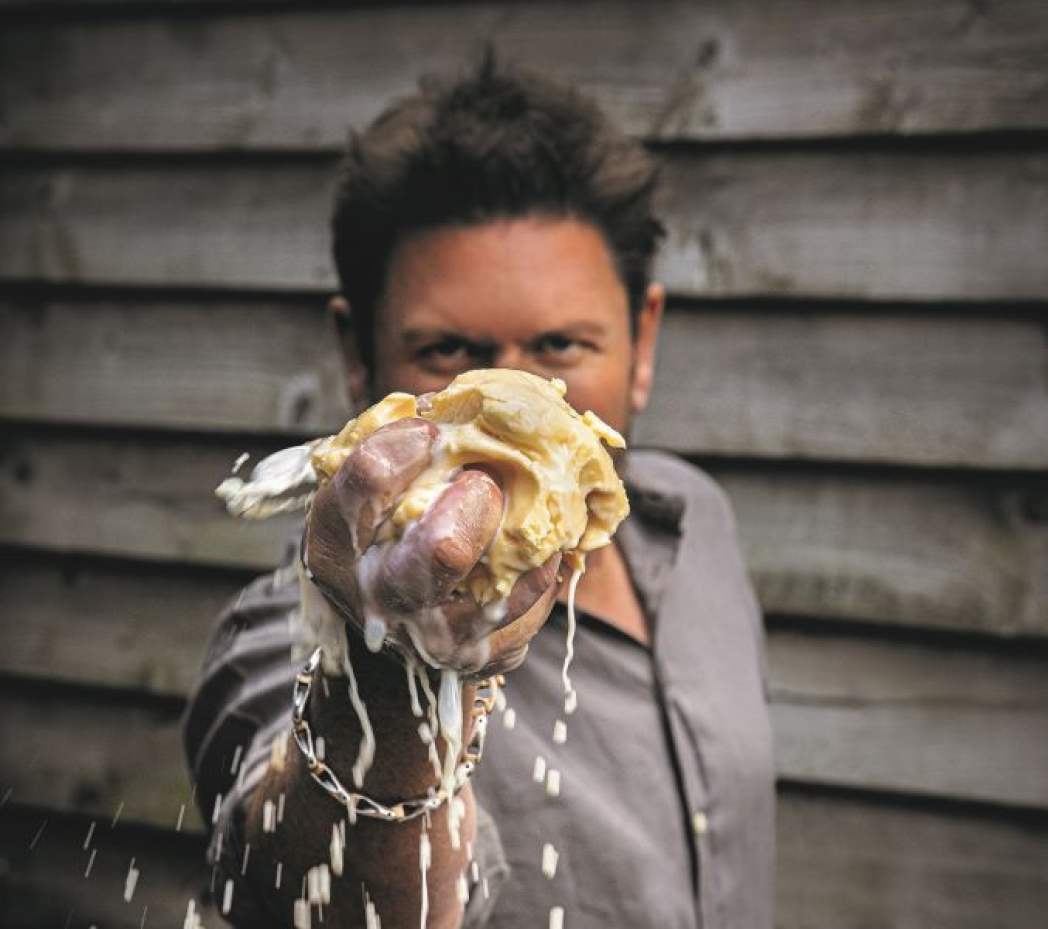 An Interview with James Martin of Saturday Morning Kitchen

James Martin, officially Great British Food’s favourite chef, is well known for his unpretentious yet delicious food and his championing of local British suppliers. He’s just released a new cookbook, Butter, which champions a humble but important ingredient. We chatted to him to find out more.

Why write a book about butter?
The idea for the book came about last year, during lockdown. I’d been asked to deliver a book about home cooking. I decided the book should have an ingredient focus, so I called everyone into the office and asked them what they thought it should be. Someone suggested butter, and then we decided to broaden it out into ‘fats’. But the publishers were happy with butter, so off we went!

Because it was lockdown the restaurant had closed. I had so much time, and I’d also kept on all of my staff, so we got busy cooking. I had so many ideas flooding round my head; we put together about 60 recipes in four days! Everything was shot in-house as well. It was a genuine pleasure to create. I’ve written 28 books, and out of all of them, this is the one that’s had the biggest response. I think it’s because it’s an ingredient everyone loves, and which we all use in our everyday lives.

Butter is one of life’s most basic and fundamental ingredients. It’s amazing how good the best butter tastes. It’s like olive oil – you don’t really know how good it is until you taste the really good artisan stuff. You can’t use margarine as a substitute; it just doesn’t work.

I became really interested in the processes of butter making, and the history behind it. And I really enjoyed finding out about artisan butter makers in the UK.


What’s your favourite rich, buttery recipe from the book?
My favourite recipe is how to make butter itself. People don’t realise just how easy it is. Such a simple process; you just whisk cream until it begins to separate; the buttermilk comes out and then butter begins to form. After that, you can add all sorts of different flavours to it.


What has been the golden highlight of your career to date?
Out of everything I’ve done, it’s probably been becoming a Head Chef when I was only 21, and winning a Craft Guild of Chefs Special Award in 2013. That was a massive honour; it’s been awarded to people like Marco Pierre White and Michel Roux Jr., so I felt very humbled. For me, it was never about TV or writing. Food was always my first love, and working in kitchens; it’s so rewarding to teach the younger generation of chefs and watched them grow.

At catering school, everyone else turned right and I turned left. It was really important to me to excel professionally, and work as hard as I could. I moved down to London to be where the opportunities were. I’ve been fortunate, but I also think you make your own luck. To understand food, you have to grow and change; there’s no quick fix.

You’re a champion of all sorts of other British ingredients too! What did making the TV show called Highlands and Islands teach you about British produce?
I wouldn’t say it necessarily taught me anything, rather it reaffirmed my love of British produce, which I’ve promoted in my books and on television more than anyone else I can think of. It helped me re-evaluate the importance of my job, which is to give small producers the opportunity to have a voice.

As I was filming, I saw so many people producing great food with a passion and a care. Being a lamb farmer, for example, isn’t something you do for money. You do it for love, and because it’s a skill passed down through the generations. It would be terrible to lose them because the price of lamb has gone up over the years, and people want to buy it for a quid less in the supermarket, instead of their local butchers!

How would you describe your cooking style?

I don’t follow trends. I respect the food, the ingredients and the producers. I think to understand food, you have to grow it yourself. We have a kitchen garden at Chewton Glen, and I encourage the chefs to get out in the garden, so they understand how long it takes to produce some of the ingredients that come to our kitchens.

I also make sure my recipes can be reproduced. Whenever I cook anything on Saturday Kitchen, I’m always thinking about the viewer, and whether they’ll be able to make it in their kitchen at home. 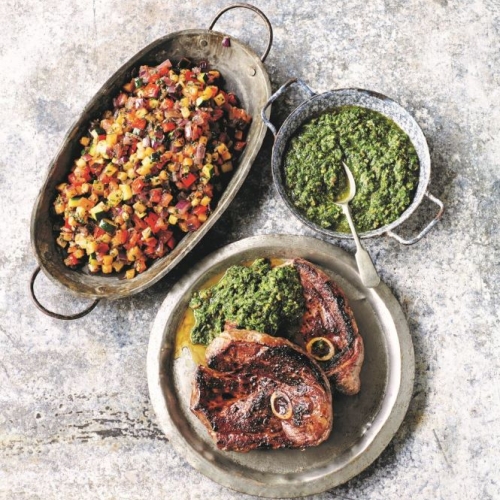 Want to try one of James’ recipes for yourself? We love these succulent lamb steaks cooked with a simple ratatouille.