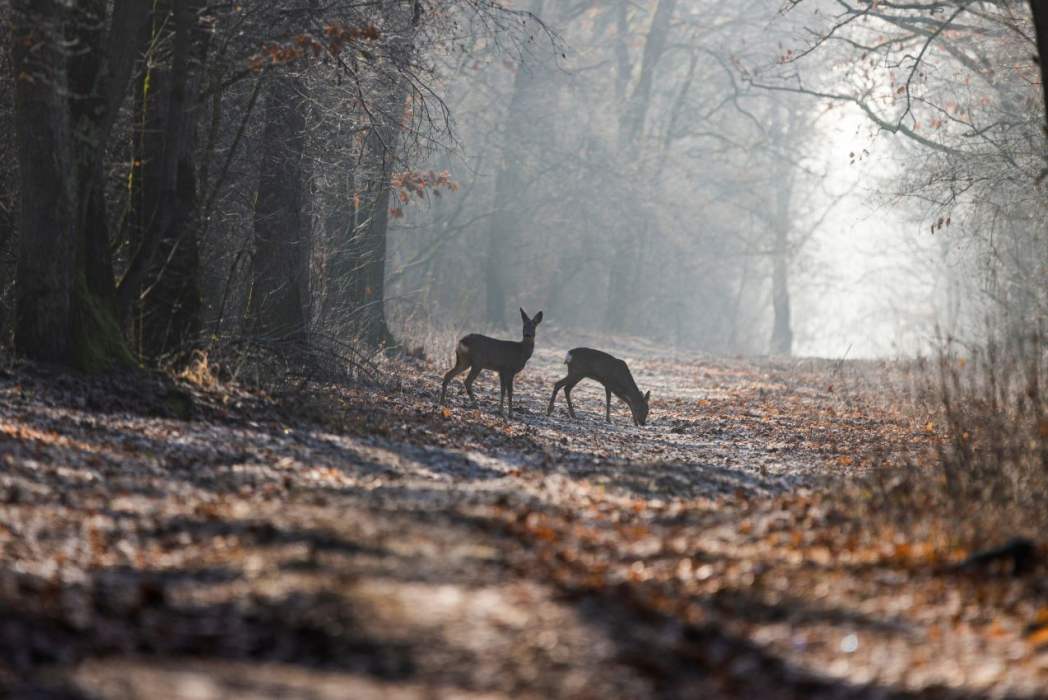 5 Reasons Why You Should Eat More Wild Venison

It’s one of our healthiest and sustainable meats, yet many people believe venison to be ‘niche’ or ‘old-fashioned’. Here’s five great reasons why you should be game to eat more wild venison

​Our first reason for eating wild venison is that simple – the meat tastes fantastic. Venison has a bit of a reputation for being ‘gamey’, but this couldn’t be further from the truth.

“Meat tastes gamey when it has been hung for days,” explains Mike Robinson, restaurateur, deer manager and founder of the wild venison delivery scheme Deerbox.

“I remember when my grandfather shot pheasants, he would hang them for days, until they were really ripe. It was a taste people appreciated back then, but now it’s not popular. At Deerbox, we only hang our venison for seven days, so it tastes much fresher. It’s a very similar taste to beef.”

Wild venison is harvested from animals who have been allowed to roam freely, and therefore is an incredibly lean meat. The little fat it contains is full of Omega-3 fatty acids, while the meat has a higher iron and vitamin B content than beef.

What’s more, venison also contains a healthy source of complex proteins that is more customarily found in fish and vegetables.

We all know how important it is to buy and eat local produce – not only does it help out the businesses in our communities, it results in fewer food miles and consequently, a smaller carbon footprint.

Mike, for example, manages around 40,000 acres of land across Gloucestershire, Oxfordshire and Berkshire, which is where all his venison is sourced from. His company, Robinson Wild Foods, even has its own processing and storage facility on one of the larger estates.

It Helps the Environment

Our ecosystems consist of a web of relationships between predators and their prey. Before humans altered the UK’s natural environment, deer would have been preyed upon by lynxes and wolves. These days, they have no natural predators. This has caused deer populations to rise exponentially; especially during COVID, with fewer people going out hunting.

Why is this a problem? Firstly, if population density becomes too high, there is competition for resources and diseases can spread more rapidly through a herd.

“Deer trample young shoots, and nibble the tops of plants. They eat metric tonnes of crops every year,” Mike explains. “Then, in July and August, they trample and lie down in the crops. I know a farmer who sowed 80 acres of oats and 60 acres were destroyed by deer, which was devastating for him.”

“Hunting has been demonised, mainly by people who don’t understand its role in conversation,” he adds. “But we aren’t talking about hunting as a blood sport here; in fact, what we’re talking about is ‘harvesting’.”

The idea of deer culling is a contentious topic, with some people suggesting that fences should be used as a method of control in the first instance.

However, a lot of prominent conservationists, ecologists and scientists (from the Forestry Commission to The British Deer Society) advocate for highly localised culls in areas where rising deer populations are causing problems.

In Britain, venison is not a meat that is eaten on a regular basis. Until recently, many game dealers would sell venison to British restaurants, and export the rest to mainland Europe, where its flavour is more widely appreciated.

As a result of the pandemic, however, many British restaurants have remained closed for the better part of a year. And Brexit has made exporting produce to Europe a costly and consequently non-viable option for many small businesses. This means that the market for wild venison has shrunk, leading to an excess in supply.

Despite this, a lot of venison sold in the supermarkets is imported from New Zealand.

“A lot of supermarkets tend to default to farmed venison, because of the consistency of it - everything looks the same,” Mike explains.

“But we have every single safeguard in place to allow for the food safety standards inspection that we have to go through. We are effectively rated the same as an abattoir - so why aren’t the supermarkets buying venison?”

“Let’s search out Wild British venison online and locally in farmers markets – Whilst most supermarket venison is farmed or park reared, not wild, it is now mostly from the UK. However this does not help the wild situation – so search it out, and remember – Eat Wild, Eat Well!!”

Mike has set up Deerbox, which sells and delivers seasonal wild venison boxes. The boxes contain a variety of different cuts, from mince to pave steaks.

We also have some fantastic venison recipes if you need any cooking inspiration.