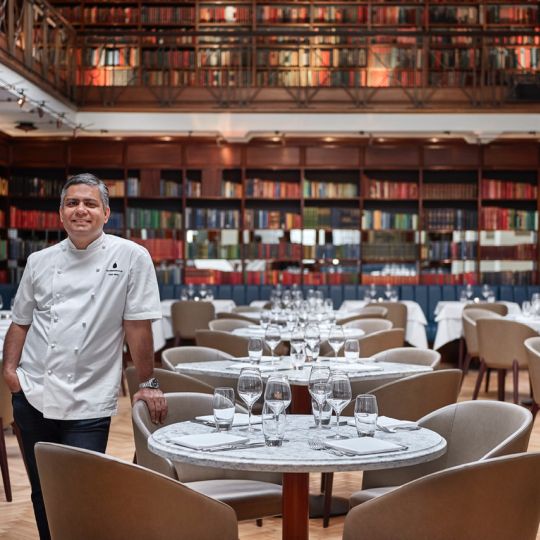 Vivek Singh is an Indian-British chef, restaurateur and author, who has cemented himself over the past three decades as one of the world’s most influential voices in Indian cuisine. He is the founder and Executive Chef of five restaurants including London’s Cinnamon Club and Cinnamon Kitchen, author of six cookbooks and a regular guest on several food programmes.

Singh grew up in an industrial, coal mining town in Bengal, India. Rather than following his father’s footsteps into engineering, he was inspired by his mother’s home cooking and went to New Delhi to study at the Institute of Hotel Management. His first position was at India’s prestigious Oberoi hotel group, where he worked his way up to become the ‘Indian Chef’ at their flagship, the Raj Vilas. In 2001, he came to London to open modern Indian restaurant Cinnamon Club with business partner Iqbal Wahhab, in the Grade II-listed Old Westminster Library. Singh combined his training at the highest level of Indian cuisine with a technical approach to cooking influenced by classical French masters.

His menus at Cinnamon Club have been instrumental in redefining Indian cuisine for a sophisticated, modern audience, winning him critical acclaim and a place as the father of modern Indian cookery inspiring a new generation of chefs in the capital.

Alongside his success as a restaurateur, Singh has published six cookbooks, including 2003’s The Cinnamon Club Cookbook, a collection of the recipes that made his first opening a hit; Curry: Classic and Contemporary in 2008, which pairs classic family recipes with his own modern style; 2014’s Spice at Home, a compendium of Indian recipes focused on cooking for a family; and Vivek Singh’s Indian Festival Feasts, published in 2017, which celebrates dishes prepared for festivals and special occasions, from Holi to Diwali. In addition to his cookbooks, Singh features regularly as a guest on British cooking shows, including Saturday Kitchen and Celebrity Masterchef, and has given live demonstrations at food festivals Taste of London and the BBC Good Food Show. 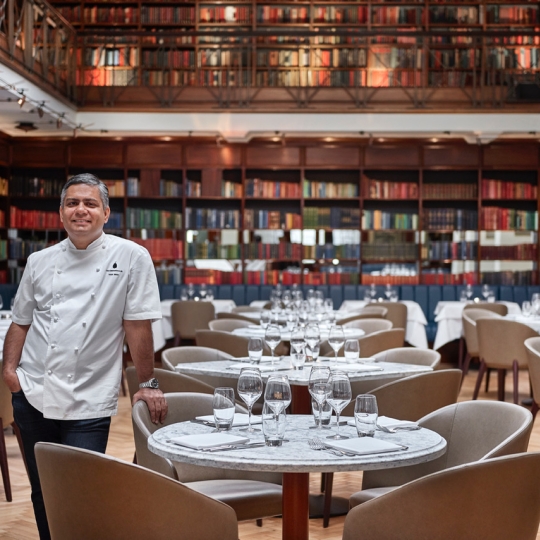 Have your product
judged by
Vivek Singh