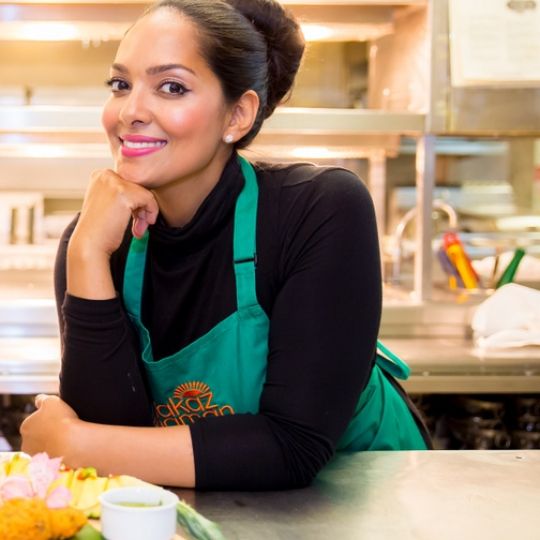 Shelina first established herself as a leading chef in 2012 when She wowed the judges on BBC 1′s MasterChef. She won praise for her tropical, original and unique food infused with the flavours of Mauritius and has since gone on a remarkable food journey. In 2013 Shelina’s first cookery book was published, Sunshine on a Plate which won the Best African Cook Book and showcased her Mauritian heritage. Shelina’s second cookbook The Sunshine Diet was published in 2014.

Shelina has presented and cooked on a number of TV programmes including ITV’s iconic daytime series Lorraine, Channel 4’s What’s Cooking? as well as guest cheffing on Sunday Brunch and featuring on The Food Network. As well as presenting and cooking on This Morning Shelina has also created and hosted a series of segments called Shelinas Mauritian Kitchen. An 8 part series where she returned to Mauritius to cook up some delicious and accessible recipes.

In 2016 Shelina opened her first restaurant Lakaz Maman in Hampshire. Shelina is passionate about equality and diversity. In her previous life she was project manager in this field so is proud to be running an all-female management team at her restaurant - which is a rare find in the hospitality industry.

Shelina’s mother Sheila plays an integral part of her food career and Shelina has recently become a mother herself where she shares her traditions and cooking with her lovely daughter who shares a passion for eating and cooking as well.

In 2019 Shelina joined the esteemed panel of critics on Radio 4’s The Kitchen Cabinet chaired by Jay Rayner. Shelina has also featured on Women’s Hour, The Food Programme and BBC Asian Network. Shelina’s cookery skills are highly sought after for live demonstrations at food events including BBC Good Food Show, The Cake & Bake Show, Halal Food Festival and London’s Eid Festival. She’s a popular brand ambassador having successfully worked with some of the worlds most loved brands.

Shelina is passionate about food styling and photography and often shoots the images for her Instagram. Shelina has trained and honed her skills as a chef and she now does exclusive catering for corporate partners, as well as private weddings and functions and runs her pop up restaurant at festivals throughout the year. 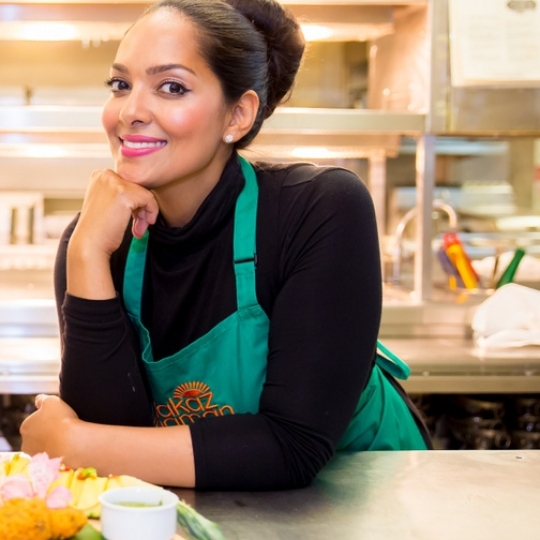 Have your product
judged by
Shelina Permalloo