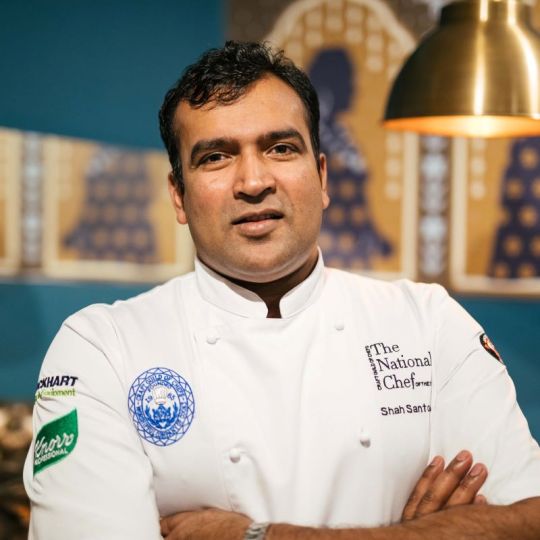 From humble beginnings on the streets of Nepal, to winning the nation’s hearts on Masterchef: The Professionals, chef Santosh Shah is putting Nepalese cuisine firmly on the map.

Santosh’s talent, skill and passion has been laid bare for all to see as he competed on the UK’s most prestigious cookery competition, Masterchef: The Professionals, coming in second place against 32 other professional chefs.

Santosh’s first culinary job was as a kitchen and commis chef in an Indian hotel when he was just 14. From then on, he worked tremendously hard, rising through the hospitality ranks in India, and eventually moving to the UK in 2010. Once in London, Santosh worked at some of the most renowned Indian kitchens, holding positions at Michelin-starred Benares restaurant and super trendy Dishoom, before becoming a Sous Chef at The Cinnamon Club and eventually Head Chef at its sister restaurant, Cinnamon Kitchen.

Santosh worked at The Cinnamon Collection with Vivek Singh for three years, cooking for MP’s at The Cinnamon Club and City workers at Cinnamon Kitchen. He then took a position as Executive Chef at the five-star LaLit Hotel in London. 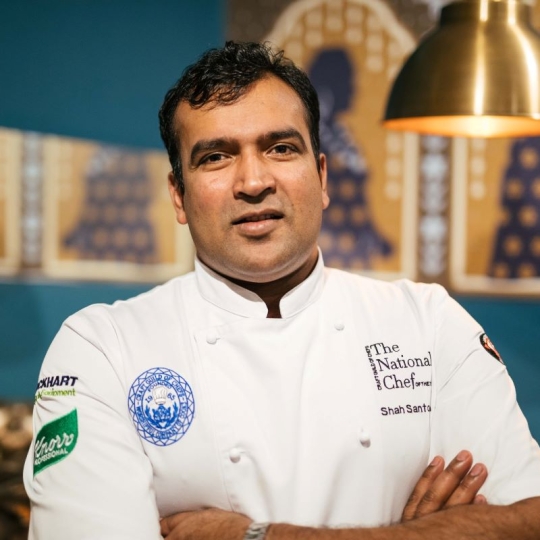 Have your product
judged by
Santosh Shah