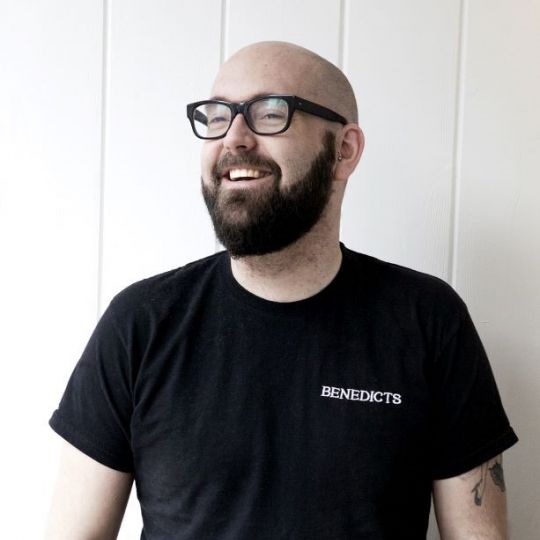 Richard is a Norfolk boy through and through, coming from humble beginnings to running a Michelin starred kitchen, and now owning and running his own restaurant Benedicts with his wife Katja in the heart of Norwich.

Thanks to the considerable talents of its charismatic chef owner, Benedicts has become a bona fide Norwich institution. Described by Marina O’ Loughlin as a ‘little treasure’ the restaurant opened in 2015. The same year Richard shot to fame as a Great British Menu winner, which saw him return as a veteran judge in 2017.

The Norfolk native certainly knows his stuff. Four years at The Waterside inn under the tutelage of the Roux brothers were followed by five as head chef of Morston Hall, during which time the restaurant won its Michelin star. Incidentally Morston Hall was where Richard started his career washing dishes when he was 16 then he moved around various kitchens in the UK and around the world including America, Ireland and New Zealand.

Since opening, Benedicts has gone from strength to strength with a fast growing and dedicated loyal following. A gem of a restaurant with an imaginative approach that’s steeped in nostalgia, in his own words, ‘I want everyone who walks through the door of Benedicts to have the same experience as people who stepped through the door at my nan’s house’. Deliciously comforting, twists on the traditional and riffs on retro classics combined with contemporary creations.

Richard’s commitment has led to being awarded three AA Rosettes in January 2018, being named in the Square Meal Top 100 Restaurants in the UK 2019 and consistently included in the Good Food Guide – ‘regulars remain firm in their copious enthusiasm for one of Norfolk’s finest’

Richard has a regular column in the local newspaper (EDP) has a regular cooking slot on BBC Radio Norfolk and a popular guest chef on Saturday Morning Kitchen. He continues to support local producers and enjoys giving back to local community by regularly working with schools and colleges to ignite passion into young people about food and the hospitality industry. 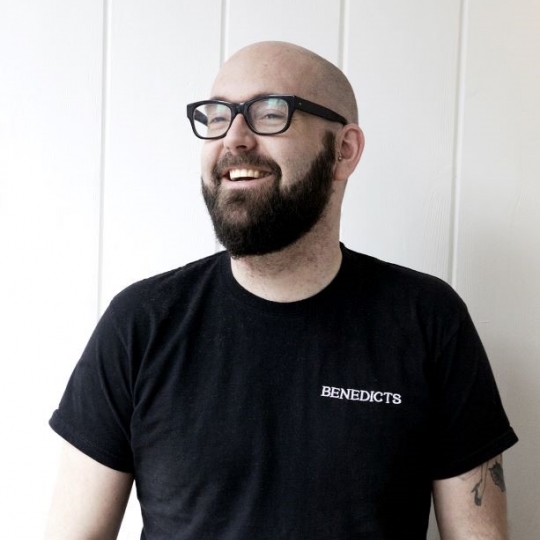 Have your product
judged by
Richard Bainbridge