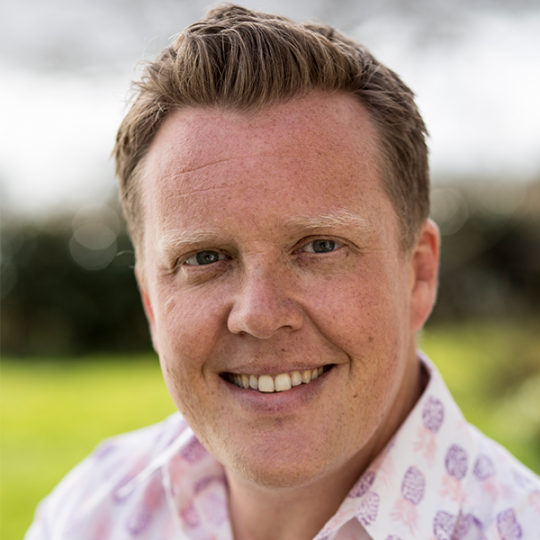 Imagine an apple as bright and powerful as a comet! Pulsing with intense, characterful flavour, this single varietal cider has richness, balance, and complexity - with star power to light up the moment. Organic excellence

Zestier and brighter than a lightsaber carving citrus peel, this phenomenal fizz is underpinned with elegant toasty finesse. An English icon - and world class

One of the best-loved and recognisable voices in British food and drink, BBC1 drinks expert Olly Smith has worked with Great British Food for several years as a judge and columnist. His enthusiasm and knowledge on the panel provides a further boost to our exciting and thriving British drinks industry.

As well as Great British Food judge and columnist, Olly Smith is wine editor of The Mail on Sunday’s Event magazine and has written a number of popular books, including Eat & Drink: Good Food that’s Great to Drink With in 2010, Wine: Both Barrels in 2012 and Behind Enemy Wines in 2013. In May 2019 he released Fizz: 80 Joyful Cocktails.

His podcast A Glass With…– the podcast that drinks with the stars! – launched in March 2017 & has just aired its 8th series. Each episode features a celebrity guest chatting to Olly about their life, interests and a spot of wine over a glass of their favourite tipple. Esteemed guests include Sting and Trudie Styler, P!NK, Clare Balding, Sam Neill, Sir Michael Parkinson, Dawn French and Dermot O’Leary.

Olly is the regular wine expert on BBC1’s Saturday Kitchen, and has a string of other TV credits including Olly Smith’s Ale Trails for Food Network and Travel Channel UK. Exploring the rise of craft beer across the USA, Olly presents episodes from San Diego, Colorado, Texas and more.

He is also a prolific writer, with his weekly column on The Mail on Sunday’s You Magazine reaching over 5 million readers each week. His most recent book Fizz: 80 joyful cocktails and cocktails for every occasion was published in the UK May 2019 and in the US in September 2020. It is available to order on Amazon here.

Have your product
judged by
Olly Smith