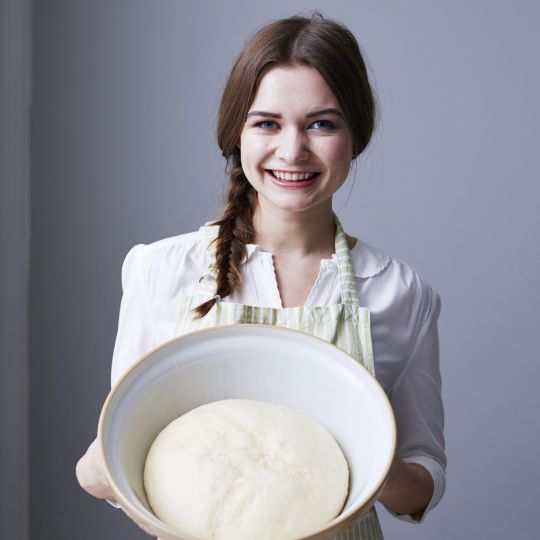 Martha Collison is a young British baker and recipe writer. She currently lives in Brighton, where you will find her mostly in the kitchen, cooking, snapping and writing away.

Her love of baking has stemmed, somewhat unusually, from her parent’s relaxed attitude to letting a small child loose in the kitchen! Noticing a gap in the shape of freshly baked cakes and biscuits, she decided to fill it, and hasn’t stopped since opening her first recipe book, aged 8. She loves spending time with her family and friends, travelling the world, and is passionate about helping with charitable campaigns including anti-human trafficking work with Tearfund.

Appearing as a contestant on The Great British Bake Off in 2014 was the start of Martha’s career. As the youngest ever contestant to date, aged just 17, she managed to make it all the way to the quarter-finals whilst studying for her AS levels.

She has since continued to grow in the food industry, writing a weekly column for Waitrose Weekend, demonstrating at festivals and baking at high profile events - such as ‘A recipe for Life’ with the Archbishop of Canterbury, Justin Welby, and was the offical afternoon tea consultant at Wimbledon. She has also worked with high-profile brands such as Cadbury, Mars, Lindt, Tate and Lyle and Whitworths.

She has appeared in many in successful Youtube videos, made for Cadbury, her own brand videos and Waitrose TV, amassing over 2 million views. She has voiced her opinions about both baking for leisure and baking to prevent human trafficking on several radio programmes, including BBC Radio 4, BBC Radio 2, BBC Berkshire, BBC Sussex and many more. Martha has also appeared on Blue Peter, The One Show, Saturday Kitchen, Comic Relief related media, BBC Breakfast during at 21 hour charity bakeathon and Bake Off: An Extra Slice.

Martha has recently partnered with Bramber Bakehouse, a charity dedicated to restoring women who have experienced sexual exploitation through baking workshops. Martha is part of the teaching team and has written the recipes for the bakery. 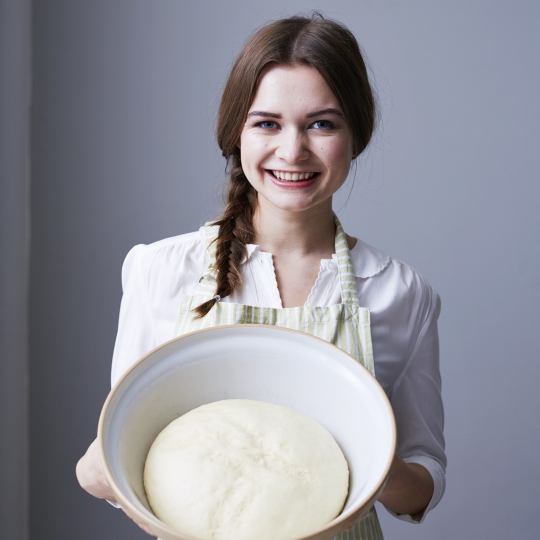 Have your product
judged by
Martha Collison